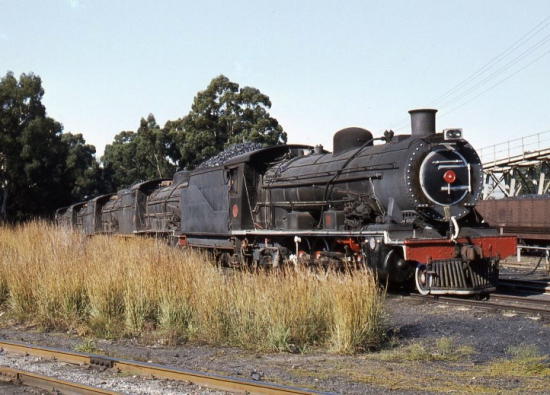 This town once hosted a major railway junction in the 1940's but is now better known for its notorious drug-rehabilitation centre. We visited the town recently and could palpably feel the depression and sombre mood of this once prosperous Northern Cape town. Of course, we're talking about Noupoort. The town lies on the N9 major route between Port Elizabeth and the Reef, but amidst the decaying buildings and dying railway sheds at Midlandia, the dorp is very much influenced by the business activities of the Noupoort Christian Care Centre - a topic in its own right. But just to the south of Noupoort there is a lovely pass well worth driving.....

The distinctly English 'Carlton Heights' seems incongruously out of place in this heavily Afrikaans dominated community, but the big mountain that blocks the way from the junction of the N9 and N10 northwards is officially named Carlton Hills. At 1862m it should hardly carry the label of a "hill", but in official terms - a hill it is. From this altitude, paragliders and hangliders arrive from far and wide to soar the Karoo thermals and enjoy ridge lift. The mountain had its name bestowed on both the railway station at its foot as well as the road pass.

The Carlton Heights Pass climbs past this mountain along its eastern flank and traverses a long, flat summit before descending around the Naauwpoort (Noupoort) peak into the final long straight leg into the town of Noupoort. It's a great drive, offering mountainous Karoo scenery on a wide, safe tarred road with some impressive cuttings near the summit, exposing differing layers of rocks.

We filmed it in the opposite direction due to prevailing lighting conditions and introduce you to this lovely, high altiude, tarred pass.  Click on the blue hyperlink below which will take you directly to the page.

Driving tip: Did you know that all vehicle speedometers under-read? At 120kph most vehicles are actually only doing around 112 kph.