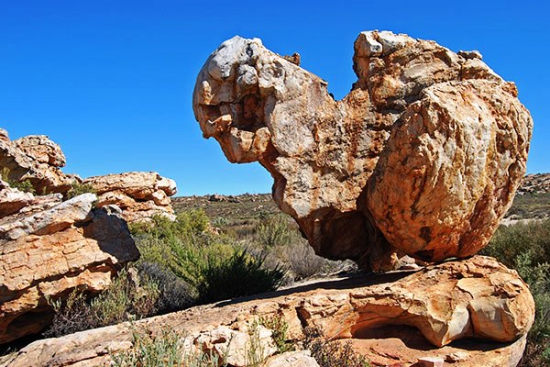 For those of you fortunate enough to have made a 10 day break out of the public holidays, we trust you're having a wonderful time wherever you are and for those of you labouring amongst the work force that are keeping SA's wheels turning - Sterkte!

We get some interesting mail from our readership, including one that arrived yesterday explaining the origin of the name Katbakkies - one of our most popular passes in the Western Cape. The owner of the farm Katbakkies at the summit of the pass has explained the name, so now we can finally put to bed all the other populist versions - and here are the two of the most common theories:

1. In the olden days, when cars were less powerful, they had to reverse up the steep inclines of the pass with their passengers sitting in the boot (kattebak) to help gain wheel traction. (Reality - The pass existed long before the advent of the motor car, so that story can be assigned to the sin-bin, as interesting as it sounds).

2. There is a rock close to the pass that strongly resembles the face of a cat. (Katbakkies = Cat's Face). The owner of the farm has assured us that no such rock exists on the farm or anywhere near the pass. This more reasonable theory, which is widely published, is also not true.

Today we bring you the real story behind the name....

[Expand this page to access the link, by clicking on the photo, the title or the green READ MORE button]

Katbakkies Pass is a high altitude traverse (with some very steep gradients) which connects the Koue Bokkeveld with the Ceres and Hantam Karoo. Together with it's sister pass the Peerboomskloof Pass (also known as the Skittery Pass) which is another pass with some fanciful theories on how it got its name, the two passes form one of the finest country drives in the Western Cape, offering lunar like landscapes, huge wide open spaces and the stark contrast of the Karoo plains with that of the green fruit orchards of the Koue Bokkeveld.

Both of these passes were tarred a few years ago, due to the steepness of the terrain, but the road remains narrow and without road markings. The lower section of Skittery Pass is popular with the birding fraternity.

If you're looking for a great day outing from Cape Town or surrounds, this route offers a festival of passes. You can plan your own route on our Master Map. We list most of them in the Ceres vicinity here for your convenience. All of them are tarred with the exception of Droelandskloof. Some sections between the passes are gravel, so make allowances for that if you have a car with low clearance.

Next week we bring you a fabulous new discovery - a beautifully designed, modern gravel pass, which we are currently putting the finishing touches to. Stay tuned!

Tip of the week: Driving with your windows open substantially increases fuel consumption.