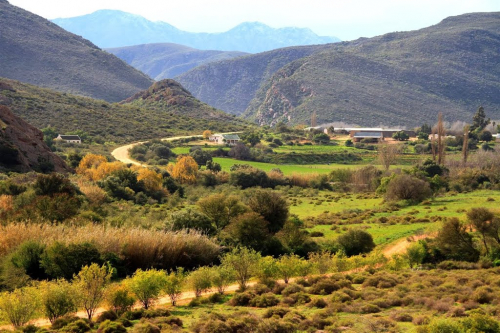 In this newsletter we continue with our story on the Swartberg Classic Tour. This chapter deals with the drive from the  Nelsrivier Dam to the De Rust.

After passing the Calitzdorp (Nelsrivier) Dam, the road turns more towards the east and follows a long, narrow and convoluted valley. Along this old road there are fine examples of old Karoo style architecture and many farm stays and B&B's on offer. This valley is well watered and surprisingly lush, considering it's in the heart of the Klein Karoo.

There are many low level stream crossings and dense bush, requiring diligent driving and always remember to keep well left on the blind corners, as some of the locals drive a little too fast and occupy more than half of the road!

The valley has its own micro-climate which supports plenty of small scale farming. It seems to have attracted artistic types as there are several art galleries along the route. It's the sort of road where you want to stop often and linger a while. A road for the less hurried traveler.

The P1706 route offers far superior scenery to the well known R62 tourist route - especially the straight and often boring section between Calitzdorp and Oudtshoorn. This back road offers multiple options and several small passes, each distinctly different to the other. The Kruisrivierpoort is the first of these passes when driving from west to east. 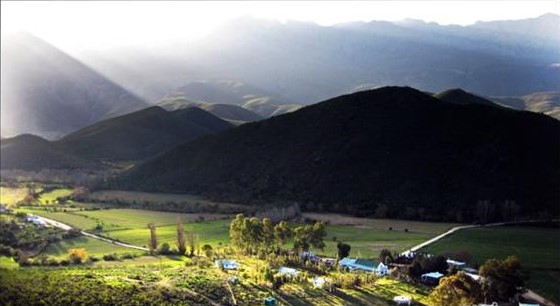 A valley with its own micro-climate

The pass is quite short at 2.2 km and only has an altitude variance of 134m, but what it lacks in vital statistics, it more than makes up for in attractive scenery and lots of tight corners. The average gradient is 1:16 but several sections get as steep as 1:6. The settlement at Kruisrivier after the eastern side of the poort, plays host to a number of artists and crafters and is a recommended stopping point.

Cautionaries: Be aware that this road is very narrow in places (single width) and it might be necessary to reverse back to a wider spot to allow safe passing. The rule of the road is to give way to ascending vehicles.

After a leg stretch at the Kruisrivier Art Gallery, we continued our journey eastwards and the next gravel pass - Huis se Hoogte Pass.

This fairly steep gravel pass lies on the east/west axis on the southern side of the Swartberg Mountains and connects the Kruisrivier farming area in the west with the Swartberg Private Game Lodge at the eastern end of the pass. 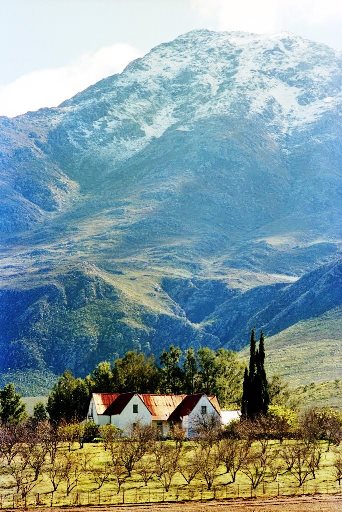 Continuing eastwards along this road (P363) will bring you to the foot of the Swartberg Pass as well as ultimately to the Cango Caves.

At 3.2 km the pass is well below the national average and the altitude variance is a mere 98m, but it is the magnificent scenery which makes this one of those back road passes well worth detouring to travel.

Our route passed the Swartberg Private Game Reserve where we spotted giraffe and antelope. Soon we were on tar and intersected with the R328 at the southern foot of the Swartberg Pass. We turned right and headed in the direction of the Cango Caves and our next point of interest - Schoemanspoort.

It forms part of the R328 and connects Oudtshoorn with the Cango Caves. It also doubles as the feeder route to the village of Prince Albert via the fabulous Swartberg Pass. This is the lesser of the three major poorts through this mountainous region. The others are Meiringpoort and the Seweweekspoort. The pass was first in use in 1855.

This poort has a bigger altitude variance than most poorts at 220m but due to the long length of just under 20 km the average gradient is an easy 1:88 and never gets steeper than 1:17.

This is one of the most underrated scenic roads in South Africa and lives constantly in the shadows of it's more glamorous local attractions - namely the Cango Caves and the Swartberg Pass. The poort offers magnificent Cape Fold Mountain geology as it twists and turns along the banks of the Grobbelaarsrivier. 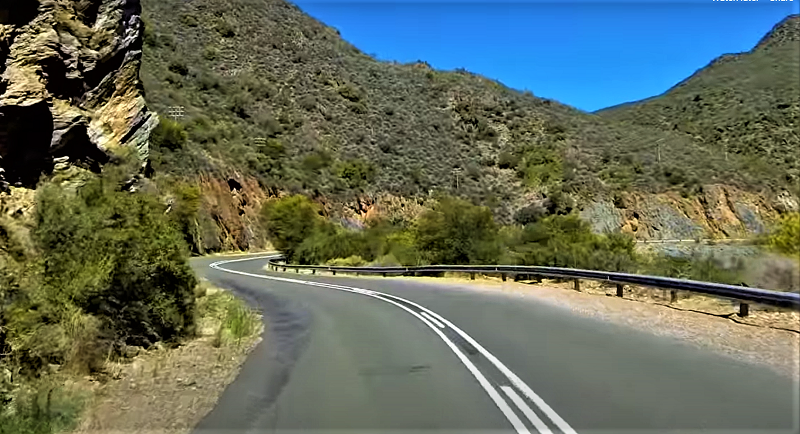 Pre-Covid this was a very busy road with a constant stream of tourist buses plying the route from Oudtshoorn to the Cango Caves. When we drove it it was relatively quiet. We only completed half of Schoemanspoort, turning east back onto gravel along the lovely P1713 route.

We departed the smooth tar of the R328 halfway along Schoemanspoort and took the gravel P1713, which took us past the Cango Mountain Resort and after a quick climb we had a good view of the Koos Raubenheimer Dam.

The dam is Oudtshoorn's primary water source and a 22 km long tunnel supplies the Klein Karoo capital with clean water. It's a deep, rocky dam fed by the Bushman and Le Roux Rivers and lies 23 km north of Oudtshoorn. 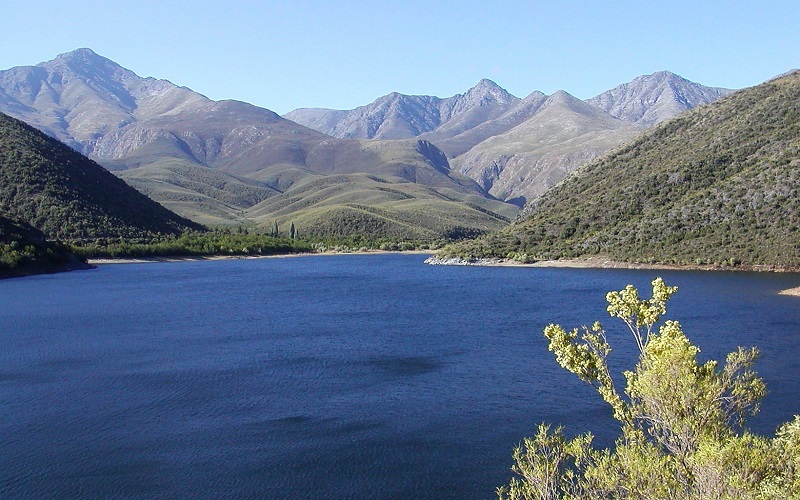 Known by insiders as the bass mecca of the Little Karoo, the dam has a good population of largemouth bass and is extremely clear with visibility of usually more than 2 metres.

Boats are permitted on the dam but outboard motors are not, trolling motors only may be used. The dam is ideal water for float tubes, small inflatables and canoes. Keys to the gate are obtainable from the nearby Cango Mountain Resort about 1 km away on payment of a small entrance entry fee.

Paraprosdokian of the week: "I used to be indecisive.Now I'm not so sure."