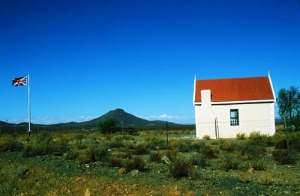 Although the pass is relatively safe and well designed, it has some big corners, but all of them have correct cross flow and if the 80 kph speed limit, as well as barrier line restrictions are adhered to, there should be no problems. This pass also provides access to the gravel road that runs through the mountains to the east of Sutherland, which includes the triple passes of Bakenshoogte, Smoushoogte and the Komsberg Pass. 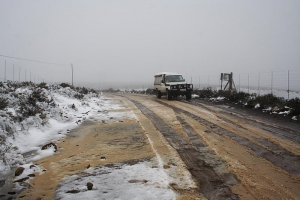 The Komsberg Pass is located approximately 40 km to the south-west of Sutherland. It's named after the mountain down which it traverses. It is a gravel road (P2243) and gets fairly steep in places. It has a maximum gradient of 1:5 and an average gradient of 1:13 which is produced over a distance of 3,9 km. In wet weather (a rare occurrence) or snow, this pass will need to be driven in a 4WD vehicle. Avoid it completely in heavy snow as there are some sections with negative cross-flow, which could result in a rollover.

One of the points of interest of this pass is that the official notice board at the summit gives the incorrect altitude (1721m). The correct altitude measured with a 12 sattellite GPS reading is 1654m. which concurs with the reading on Google Earth. Effectively, this makes the official board wrong by 67m. Errors like this frequently slip into official signage, but this is one of the biggest margins of error we have yet come across.

The pass mimics the line of the Verlatenkloof Pass which is 23 km to the north-west and offers a gravel descent down the same mountain range, as opposed to the much busier tarred version on the R354. As a bonus, you get to drive another two smaller passes along the same route. These are the Smoushoogte and Bakenshoogte passes. 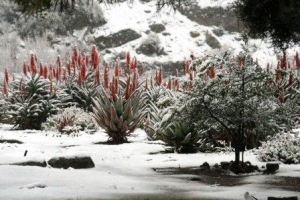 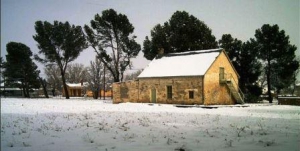 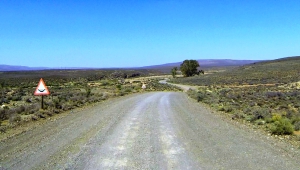 This 6,7 km long gravel poort is located on the R354 between Sutherland and Middelpos in the Northern Cape. It is a fairly minor poort with an altitude variance of only 82 metres and an average gradient of 1:82 which makes it a very easy drive, but be especially careful of corrugations, which can become severe towards the southern side, once the gradients flatten out next to the river bank. The pass summits at an altitude of 1251m ASL and it does sometimes get snow in winter. The steepest section just before the summit has a gradient of 1:14

This is the Karoo, where there is plenty of space and the layers of sedimentary rock that make up the mountains, provide a perfect backdrop to the vast dun coloured plains dotted with low shrubs, but good enough to sustain sheep farming. The name Oupoort simply means Old Path and relates back to the original sheep trekking routes between Sutherland and Calvinia.