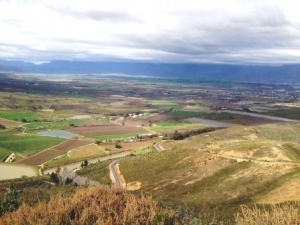 The Gydo Pass was built at the same time as Michells Pass by Andrew Geddes Bain and his team of convict labourers circa 1848. This important pass connected the Warm Bokkeveld with the higher altitude Koue Bokkeveld, as well as the remote, but fertile (and therefore lucrative) Witzenberg Valley a few kilometers west of the head of the pass. 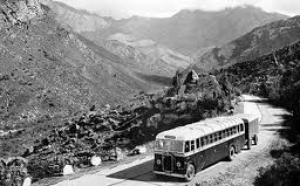 Michell's Pass (frequently misspelt as Mitchell's Pass) was named after Charles Michell who planned the original route through the Skurweberg & Witzenberg Mountains from Tulbagh and Wolseley through to Ceres. He was a talented military engineer, who perhaps gained more fame for his exploits by eloping with the 15 year old daughter of a French colonel. This might explain why he was "transferred" to the Cape of Good Hope! Michell went on to become the Surveyor-General for the Colony and designed and built several prominent Cape passes and bridges and was a major influence in road construction in the Cape, together with the popular Colonial Secretary, John Montagu, had the vision to plan a network of roads through the Cape Colony that would pave the way to a successful growth in the region's economy.