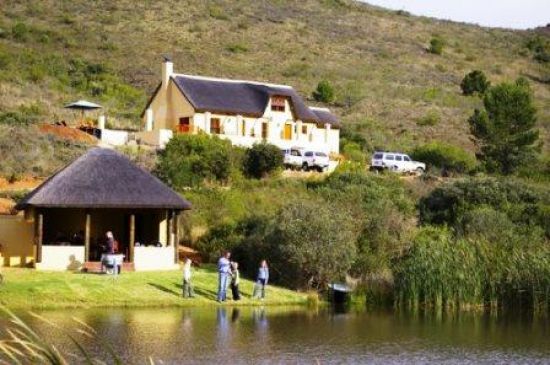 The Remhoogte Pass (Brake Heights Pass) is one of three back to back passes on the R60 between Swellendam and Ashton. The other two are the Bakoondhoogte and Leeuriviershoogte Passes. This is the biggest of the three in terms of altitude gained  and when summiting from the eastern approach, it provides exceptional views over the valley around Ashton with the vista of a semi circle of mountains to the right and ahead.

Getting there: To approach from the east (the direction that we filmed it), head west out of Swellendam on the R60 for 35 km over the Leeuriviershoogte and Bakoodhoogte passes to arrive at the eastern start of the pass.

For those wanting to approach from the west, take the R60 from Ashton for 6 km to arrive at the western start of the pass which coincides with the intersection to Bonnievale. 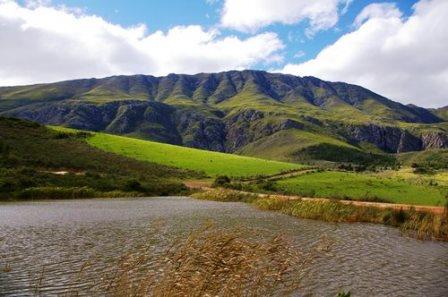 Mazwil dam on the pass / Photo: Thane MazureikThe pass starts at the Remhoogte farm on the left side of the road (south) and runs westwards with the Hartbeeskop [484m] prominent to the south. The kloofs to the north against the Langeberg sport several waterfalls during the rainy season, with the valley below the road dotted with sparkling dams and green fields.

The Langeberg mountains completely dominate the northern views. The climb up to the summit of the pass is much shorter than the western descent, but it is nontheless fairly steep and there is a wide emergancy up the major portion of the ascent.The road curves through a huge cutting with shallow slopes, as the road makes a wide left hand bend, revealing massive views to the west towards Ashton. The descent has an easier gradient and extends all the way to Ashton. This is one of the longest continuous downhills in the Cape and one that cyclists will enjoy. Halfway down the descent is a tarred turn-off to the left, which is a direct and quick route to Bonnievale. 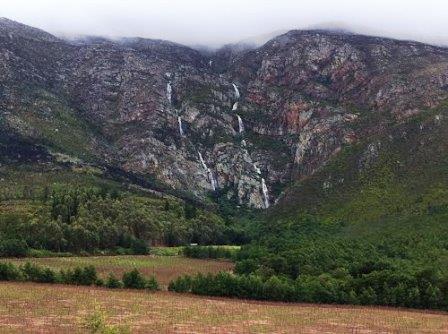 Winter waterfalls close to the Remhoogte Pass / Photo: Alain Somerlinck
Two kilometers after the summit, the road passes the Gonnaskloof dam on the left with the Lemontanata farm on the right. These are followed by the farms Berg-en-Dal and Stockwell. Opposite Stockwell farm is a prominent peak on the left of the road, called Tonteldoos Kop (399m). The pass ends near the biggest dam in the valley - Sarah's Dam which is on the left (south) with the Lavender Creek farm on the opposite side. High up in the Langeberg is the highest peak along the pass - Sarahsriviersberg [1389m]

Ashton, which lies close to the eastern foot of the pass is situated in a wide valley famous for its great wines and fruit.

It was established in 1897 on the farm Roodewal and attained municipal status in January 1956 and named after the first station-master.

Ashton is the focus of the engineering media with the contruction of a new bridge over the troublesome Kingna River. This is the same river that flows south through Cogmanskloof and has regularly severely damaged infratructure and property and is prone to flash floods. Of interest is that the new arched bridge is being constructed right next to the old bridge. Not there is anything unusual in that, but what makes this new bridge unique is that it is going to be moved transversally into place, lock, stock and barrel, once the existing bridge has been demolished.

||Click to download: Remhoogte Pass (Note - this is a .kmz file which can be opened in Google Earth and most GPS software systems)

Published in The Western Cape
Tagged under
More in this category: « Leeuriviershoogte (R60) Hessekwas Nek (R317) »
back to top