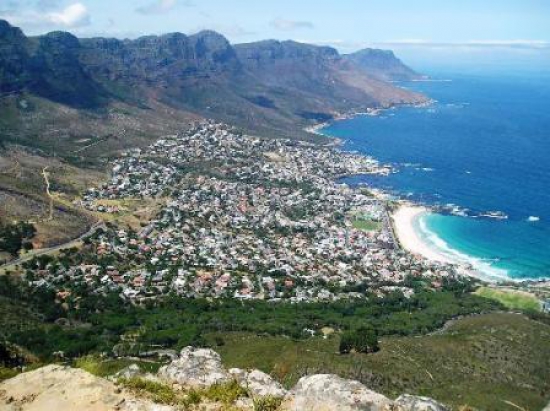 Camps Bay Drive is a tricky road, where your attention will be devided between the amazing views of mountain and sea juxtaposed against trying to get your vehicle around the many dangerous corners on this road. Many of these have negative cross-flow, which is bad news for speed and maybe this is a good thing, as this is a busy road carrying heavy traffic. It is a road that has developed over a period of 200 years, with the upper quarter being a modern four lane road, but the bottom three quarters is narrow, bumpy and very twisty. The road descends from Kloof nek at 234m ASL all the way down to the coast at 11m ASL, producing an average gradient of 1:18, but some of the sections are as steep as 1:7

Scroll down to view the map & video. It is recommended to watch this video in HD. (Click on the "quality" button on the lower taskbar of the video screen and select 720HD.) Wait a few seconds for the video to load....

Getting there: From the city centre of Cape Town, drive up Buitengracht Street which becomes Kloof Nek Road (or simply follow the signs to the Table Mountain Cableway). Before the road starts climbing it splits into a one way system until you reach the traffic lights at Kloof Nek Road. Make sure you remain in the left lane, as the right lane is restricted to a right turn only. Once through the intersection, the road climbs very steeply at a gradient of 1:6 as it ascends up Kloof Nek Road and a set of double S-bends have to be negotiated near the summit. At the summit there is a complicated intersection with five options. Sharp left heads up to the Cable Way.

The third road to the left descends down Kloof Road to Clifton/Camps bay and the fourth road climbs up towards the Lions Head scenic drive. make sure that you take the second turn-off to the left (or straight on). This intersection is often extremely busy and congested with walkers, cyclists, tourist buses, rental cars and other commercial vehicles. Keep your speed low and be ready to take evasive action.

From the summit, the road descends via a sweeping left hand curve, revealing the Atlantic Ocean on the right and the Twelve Apostles dead ahead, with the suburbs of Camps bay to the right and Rontree Estate to the left. As you crest the neck, the vista of mountains and ocean is always a beautiful sight after the congestion of the city. Close to the summit on the right, is an old cannon with a bench nearby. This is a good spot to relax and take in the scenery. This cannon is in working condition and was restored by the SA Navy. The first kilometre is a modern three lane road with nicely banked corners and some deep cuttings.

As the first S-bend is exited and the road straightens out, the left lane opens up into a double lane, allowing traffic to turn right into Geneva Drive (itself closely resembling a true mountain pass with several hairpin bends along its length). Carry straight on and just before the next set of bends, the road width narrows down to 2 lanes and sheds the safety shoulders as well. 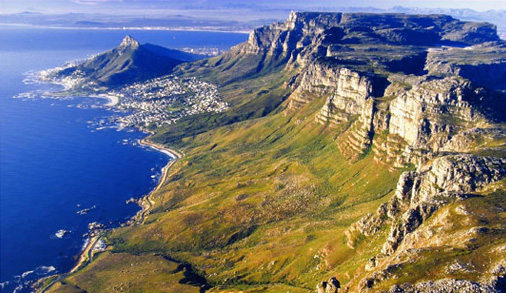 The road surface becomes more uneven here and the corners are not well designed with seberal of them displaying negative banking. As the road descends, there are several intersections leading off to the left and the right. Watch out for traffic entering Camps Bay Drive unexpectedly.

At the 2,5 km point, the road sweeps into a widely radiused right hand horseshoe bend of 160 deegrees and heads into the north-east, with residential houses appearing much closer to the sides of the road. Be careful of badly parked cars, partially encroaching onto the roadway, as well as cyclists and pedestrians.

At the 3 km mark, there is a 3 way stoop street. This is a busy intersection, which feeds traffic into Camps Bay Drive from the southern approach off Victoria Road. Once safely over the intersection, continue straight on where you will have a perfect view of Lions Head dead ahead.

As you get closer to the beach, the incidence of poorly parked cars and other hazards increases. There is a second stop street just before the end of the pass, at the point where Geneva Drive forms a Y-junctions with Camps Bay Drive. This intersection has seen many fender benders over the years. Be aware of vehicles skipping the stop sign on the right.

Another 50m brings you to the end of the road where it intersects with Victoria Road at a set of traffic lights close to the beach. During the summer months and over weekends and public holidays this part of Camps Bay can get extremely congested with beachgoers, holiday makers and tourists, so stay sharp!

Turn right to return to Cape Town via Clifton and Sea Point, or turn left to go to Hout Bay, via Oudekraal, Llundudno and Suikerbossie.

History -  A tribe, the Gringqhaique lost their grazing lands on the south east slopes of Table Mountain and by 1657 were restricted to Camps Bay. By 1713 the number of the Gringqhaique population had been drastically reduced by measles and smallpox. All that was left of their settlement was an old kraal (Oudekraal) - now a well known tourist attraction.

The area was then granted to John Lodewyk Wernich and passed from father to son. Johan Wernich married Anna Koekemoer, who on his death in 1778, married Fredrick Ernst von Kamptz, a sailor - and the area became known as "Die Baai van Von Kamptz" and from there it became Anglicised to Camps Bay.

Camps Bay almost totally undeveloped. The white horizontal line just under the mountains, was the first Camps Bay Drive / Photo: Rentalsincapetown.comFor most of the 1800s Camps Bay was undeveloped. Lord Charles Somerset used the area for hunting and used the Roundhouse as his lodge. Kloof Road was built in 1848 and in 1884 Thomas Bain was commissioned to build a coastal road from Sea Point to Camps Bay using convict labour.

The coastal road was completed in 1887 and named 'Victoria Road' to honour Queen Victoria's jubilee in 1888. The road allowed people to cycle out to Camps Bay which had gained popularity as a picnic site. This led to the development, in 1901 of the Camps Bay tramway to bring people out for the day and with it the development of the tidal pools, the Rotunda (now The Bay Hotel) and a pavilion for concerts and shows. In 1913 Camps Bay was incorporated into Cape Town although it was still seen as a recreational area rather than a residential area. [Wikipedia]

Camps Bay Drive is one of two main feeder roads from the city and it provides access to the Atlantic seaboard and other suburbs higher up the slopes of the mountain, like Rontree Estate. During the summer months, the south-easterly wind reaches very high speeds, as it tumbles down over the top of the Twelve Apostles, accellerating violently. Delivery vans and unladen trucks can be blown over along the road when the 'Cape Doctor' is raging. Even pedestrians and cyclists need to exercise due caution. 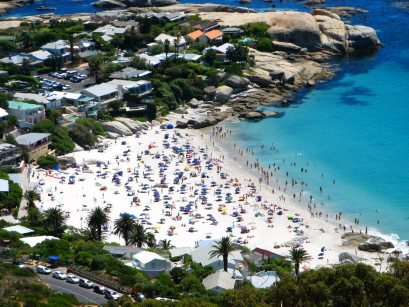 Clifton's world famous 4th beach, can be seen from Camps Bay Drive, Kloof Road and Victoria Road / Photo: Watersense.co.zaOn a wind-free day, Camps Bay is a delight and it's wide, sandy beach attracts visitors in their hundreds. When approaching Kloof Nek from the north (city side), just continue straight on over Kloof Nek.

Oudekraal is made up of a collection of tiny beaches sheltered amongst the boulders and a well established picnic area with lawns, BBQ facilities with covered seating areas with tables, benches and public toilets.

Lui Bay (also known as Witsand) is a popular dive site. In 1977 two scrap vessels, the Antipolis and Romelia, were being towed around the Cape when their tow line broke in a storm. This caused the Antipolis to run aground near Oudekraal, while the Romelia floundered further south between Llandudno and Sandy Bay. The hull of the Antipolis is now visible at low tide.

Koeël Bay has an African open-air curio market that sells hand crafted items from all over Africa.

Bakoven gets it name because of a large rock just off-shore with what appears as an oven door on its side. There are several sheltered coves located in Bakoven. There is a Sea Rescue base stationed there and a popular swimming beach is off Beta Close. In the early 1940s a row of beach front houses were erected to house honored members of the South African Army who fought during World War II. Many of these old houses still stand and are now registered as South African National Heritage Sites.

Camps Bay Beach, a Blue Flag Beach since 2008, is the largest white sand beach in Camps Bay. There is a seasonal life guard station with toilets at the west end of the beach. The beach is opposite Camps Bay's main tourist hub, featuring multiple hotels, restaurants, and shops.

Glen Beach, at the far right of Camps Bay beach, is known as Camps Bay's best surfing beach. Short, fast rides and a small take-off area makes Glen Beach one of the hardest of Cape Town's beach breaks to surf and has resulted in a strong local atmosphere. [Wikipedia]

Try these other scenic suburban passes in and around Cape Town:

||Click to download: Camps Bay Drive (Note - This is .kmz file which can be opned in Google Earth and most GPS software systems)

Published in The Western Cape
Tagged under
More in this category: « Kloof Road (The Glen, Camps Bay) Victoria Road / 12 Apostles (Cape Town) »
back to top