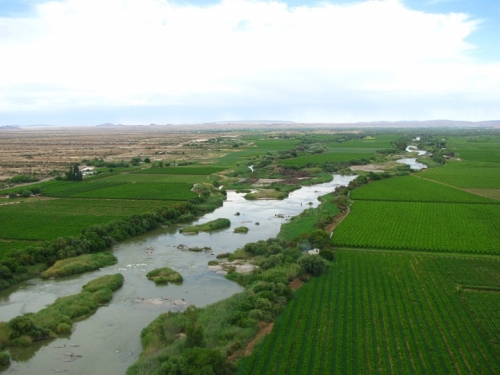 The miracle of water in the desert - Photo: Orange River cellars

Neuspoort is unusual in that it consists of two distinct sections, separated by a flat plateau in the middle. It is named after the small range of mountains through which it traverses, called the Neusberge. It is located on the N14, the national road which connects Johannesburg in the east with Springbok in the west. The road is in an excellent condition and should not present any problems, provided that the speed limits are adhered to. The route between Keimoes and Kakamas is incredibly scenic, with spectacular contrasts between the Kalahari Desert on the northern side of the road and the hundreds of green vineyards located all along the Orange River on the southern side. The western portion of this road is also locally known as Bobbejaankrans or Baviaanskrans, which both mean the same thing. 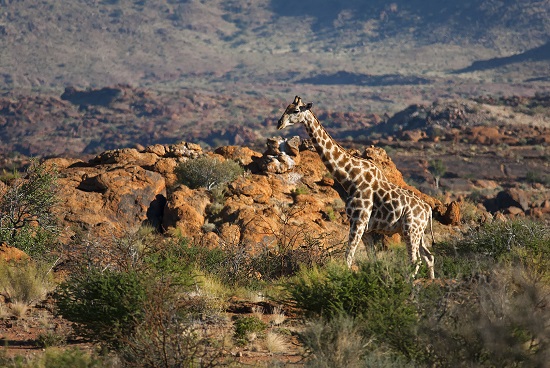 We have filmed the pass from east to west. The pass starts off adjacent to a large layby on the right-hand side of the road. A short straight is followed by a minor bend to the left, then the gradient kicks up and the road heads through a small cutting in between low koppies on either side. A shallow S-bend winds down a short decline, then into a long straight of 1.5 km. The Neushek siding is visible on the right-hand side at this point.

At the 3.1 km mark, the road curves to the left, climbs up a short sharp incline, then bends to the left once more to reach the summit of the pass on the apex of this curve. Small rocky hills dominate the landscape through this section. A short straight leads into a 120-degree right-hand bend, by far the sharpest corner on the entire pass. The road then straightens up once again, undulating gently through a long descent of 450 metres. A good view of the vineyards in the Lutzburg area is presented directly in front of you at this point. 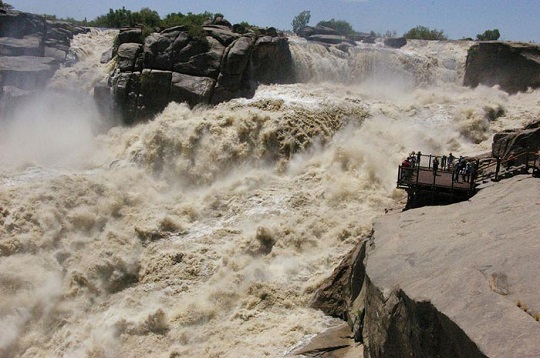 At the bottom of the decline the gradient flattens out and curves through a shallow S-bend, the road first turning left and then right. One of the irrigation canals for which this area is so famous comes into view, paralleling the route on the left-hand side, and the dry arid landscape morphs almost magically into lush green pastures as it benefits from the life-giving water. The final section of the pass is a short straight which decends gradually towards the western extremity, which occurs at the 6.7 km point and which is marked by a small layby on the right.

Neuspoort is located just a few kilometres away from the Augrabies Falls, one of the most well-known waterfalls in South Africa. It occurs in an area where the Orange River changes from a wide, slowly-flowing river passing through sandy soils to what can become a raging torrent roaring through ancient granite channels. 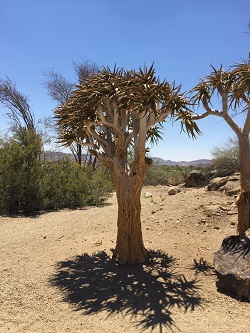 The river passes through a sequence of rapids and cascades, plunges into a large canyon, then descends through a ravine to breach the main gorge. It is at this point where the primary waterfall is situated.

During the dry season the waterfall can be relatively unspectacular, the water flow sometimes dwindling to a mere trickle. When the river does come down in flood, however, the falls can form an almost unbelievable spectacle, with the volume of water increasing to as much as 9000 cubic metres of water per second. The average flow rate makes this the 16th largest waterfall in the world, measured by volume. When flowing normally, the main falls have a height of 56 metres and an average width of 24 metres, but this can change dramatically when flooding occurs.

There is strong evidence that early humans established themselves all along the Orange River, which formed a perennial water source. They developed weapons to hunt hippopotamus during the early stone age, as well more sophisticated working tools, and started utilising fire. Archaeological features such as cairns and graves dating back to the late Stone Age, some 22,000 years ago, have been found; excavations of these structures have revealed that not all of the remains in the graves are human (?). In more recent times, Khoikhoi residents named the waterfall “Ankoerebis”, meaning “place of great noise”, and from this the name “Augrabies” was derived.

||Click to download: Neuspoort (Note - This is a .kmz file which can be opened in Google Earth and most GPS software systems)

Published in The Northern Cape
Tagged under
More in this category: « Duiwelsnek (R359) Venterspoort (R48) »
back to top