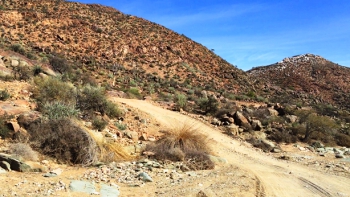 The Akkedis Pass (Eng. Lizard Pass) together with the Swartpoort and Halfmens Pass, connects the main entry point at Sendelingsdrif with the central and northern sector of the park. The scenery is truly magnificent and along this entire pass you are fully immersed in a true mountain desert. It takes a good 40 minutes to drive this pass and there are some sections on the northern ascent where low range should be utilised. The pass is 6 km long and climbs through 169m to summit at 578m ASL, producing an average gradient of 1:36, but there are several short sections that get as steep as 1:5. The pass is also sometimes referred to as the Penkop Pass. 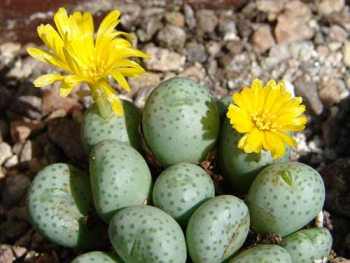 This poort is the for more serious pass hunter. It's is a rough, two-spoor jeep track suitable for high clearance 4x4 vehicles only. The 7,7 km long poort sweeps in and around several low mountains in the far north-eastern segment of Namaqualand. This is a quintesessential 'road to nowhere'. Carry two spare wheels and be prepared for any emergency on this desolate and lonely road. The poort descends a total of 94m producing typically easy poort type gradients of 1:82 with even the steepest parts being a fairly mild 1:20. 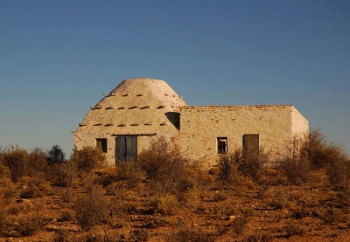 This very short and fairly minor 'pass' is nothing more than a slight bump in the flat Karoo topography and is located about midway between Fraserburg and Loxton in the Northern Cape, just off the R356 on a minor gravel road that connects the R356 with the R361.  About the most exciting feature of this pass, is the tricky navigation trying to find it. This tiny little pass is not really worth seeking out and you will be disappointed with what it has to offer. It is strictly for the commited pass hunter.

Somewhere along the line, a lazy cartographer spelt the name as Amandeihoogte, which has subsequently been repeated on many maps in a typical copy/paste syndrome. This incorrect spelling makes no sense at all and we have officially confirmed on the 1:50,000 government map, that the name is Amandelhoogte. This is also the name of the farm at the northern end of the pass.

To add to the confusion, there is an Amandelnek Pass in the Tankwa Karoo, which would be bound to cause confusion. 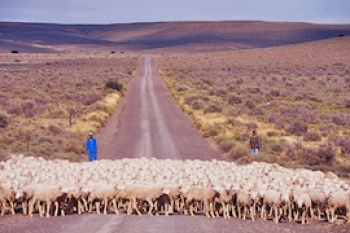 On a minor gravel road between Ceres and Sutherland, this pass caused our team many hours of frustrating research, due to the fact that it appears in the incorrect place on most maps - including some very official ones! When we went to film this pass, we found nothing even vaguely resembling a poort or a pass at the designated place. We finally tracked it down on the 1:50,000 Government maps by accident, whilst scouring for another pass in the area. So finally, we have the Amandelnek Pass pinned down and properly mapped.

We filmed this insignificant little pass during September, 2018.  The altitude gain is minor, as are the bends and distance. There is one farm gate to open and close right at the summit, but if you enjoy going to remote places then at least the scenery here will be appealing in this big and spacious landscape. Every pass has its own story to tell and this one too, leaves one with a sense of peace, with only the sound of birdsong and insects to keep you company once you switch your vehicle's engine off.

The Northern Cape cartographers were a diligent bunch, naming every climb through every neck, no matter how small, with an official name. This pass is a perfect example. 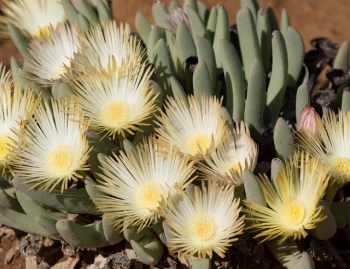 The Anenous Pass dates back to the late 1800's. Remnants of the old pass can still be seen running along a lower contour than the modern, new tarred pass, which has a much better gradient.This is a smooth, sweeping well engineered pass built to modern standards on the tarred R382 route linking Steinkopf with Port Nolloth. The high quality of the road can be attributed to the considered importance of mining in the area. 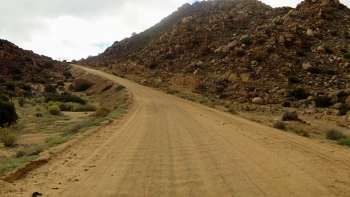 Baillie's Pass is a minor gravel pass with major historical value, located some 35 km due east of the small Namaqualand village of Kamieskroon, which is itself located on the N7 highway from Cape Town to Namibia. The pass was built by the Reverend John A. Baillie from 1853 1863 to enable his parishioners to attend his church. The pass is just 1,8 km long but climbs quite steeply at gradients as steep as 1:6 over a nek in the granite smothered ridges. The road is generally maintained to a reasonable level, but corrugations and hanging dust are often problematic in this area. The road is suitable for all vehicles. The old hand-built supporting stone walls of the original pass can still be clearly seen on the right hand side (east) of the road.

Many respected resources on the internet list Baillie's Pass (Bailey's Pass sic) with Pypmaker se Poort in brackets as the alternative name. This is completely incorrect, as Pypmaker se Poort, although fairly close to Baillie's Pass, is on a different road altogether. The only site that got this one right, is Tracks4Africa. Also note the correct spelling of Baillie. Most sites also show this pass as being about 6 km long, which is also incorrect. 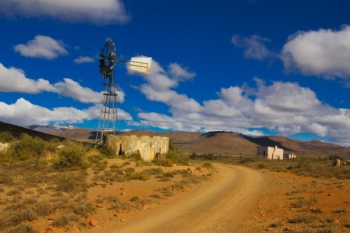 This smallish pass is located on a gravel road (P2243) that starts and ends at two different points on the  R354 between Matjiesfontein and Sutherland. It provides an interesting alternative to the mainstream Verlatenkloof Pass route, but is longer and slower. This road traverses three passes in a long left hand loop to the west before it rejoins the R354 near the summit of the Verlatenkloof Pass. The three passes include this pass (Bakenshoogte), Smoushoogte and the much bigger Komsberg Pass. Bakenshoogte translates into Beacon Heights.

The pass is 4,6 km long and displays an altitude variance of 103m producing an average gradient of a comfortable 1:45 with the steepest parts near the summit reaching 1:16. Add in only 6 gentle curves and you have an easy and safe drive ahead of you. The pass offers magnificent wildflowers in springtime and traverses very close by two attractive farm-steads. 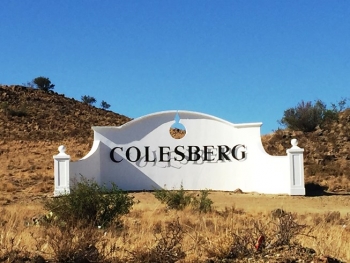 Bastersnek has an almost perfectly symmetrical up-and-down profile, but in miniature; the pass only gains a total of 40 metres in height, and is just 1.2 km long. It is situated 11 kilometres from the well-known N1 junction town of Colesberg, on the R369 to Petrusville. The road is tarred through the section where the pass is located, is in a good condition, and can be driven in any vehicle. It is difficult to establish when, how, and after whom the pass is named. Other than the Hunter’s Moon Safari Lodge (private) and the Doornkloof Nature Reserve, there is not much else along this road, so it is best driven as an out-and-back route. A couple of minor skirmishes took place here during the second Anglo-Boer War.

The small pass is also sometimes referred to as Plessispoort or Bastershoek Pass. 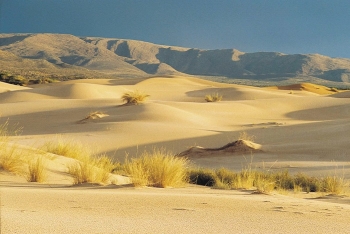 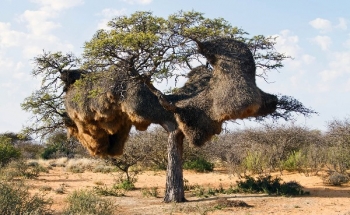 Biesiepoort is located just to the south of the N10, the national road which connects Upington with the Namibian border post at Nakop. The word “biesie” translates from Afrikaans to English as “bulrush”, but it could also refer to any of the family of reeds which are used to weave indigenous household items such as sleeping mats or wicker furniture. The poort itself, although very pretty, is quite insignificant, but the area in which it is located typifies the Kalahari landscape and is an unforgettable drive.

The road is in a good condition and can be traversed in any vehicle, although there are large patches of soft sand. Watch out for small animals such as mongooses, and be particularly careful not to run over the large monitor lizards (leguaans) which are commonly found moving slowly across the road.