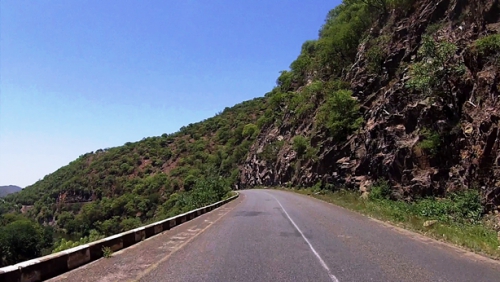 Ezzey’s Pass, also sometimes called Ezzey’s Cutting, is located on the tarred R38 road between Barberton and Kaapmuiden. This part of the Lowveld has a rich history in more ways than one, and the area is dotted with gold mines, ghost towns, and constant reminders of its past. Although the pass holds few apparent dangers, we strongly recommend that you drive this road without exceeding the speed limit, as there have been a number of serious accidents on this section. The road is narrow, with many blind corners, so keep a sharp lookout for other cars and trucks, motorcycles, pedestrians, and animals. The pass is 10,4 km long and contains 23 bends, curves and corners. Take it slowly and enjoy the scenery. 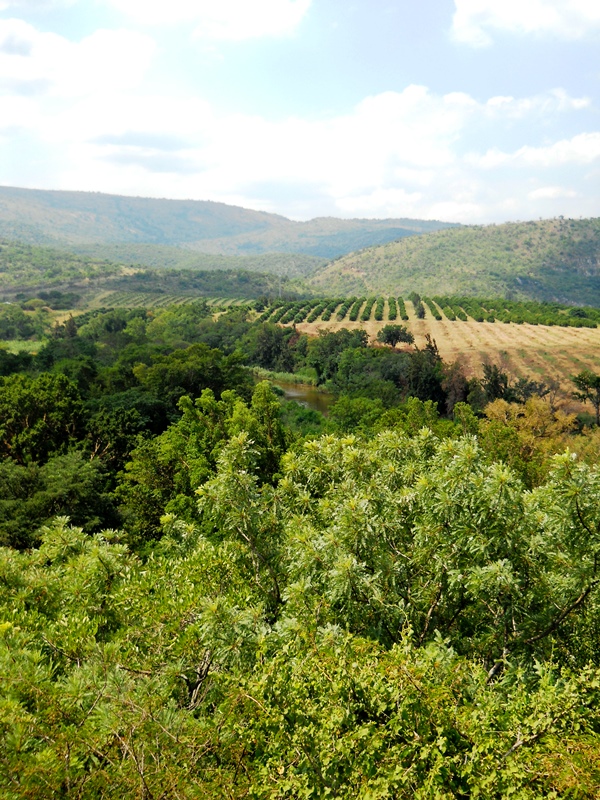 Lovely Lowveld scenery near the pass / Photo: Mike LeicesterWe have filmed the pass from the south-west to the north-east. At the start, the road crosses a railway line, then begins a gentle left-hand turn, ascending gradually. The road straightens out for a few hundred metres, then makes a right-hand turn back towards the east as the summit of the pass is approached at the 1.3 km mark. There are good views over the Kaaprivier valley to your left at this point, but if you intend to stop, make sure that you find a safe place to do so. A long winding descent now follows, until you reach a sharp 90 degree left-hand turn at the 3.7 km mark.

From this point, the road begins to undulate gently, still descending, with a steep cutting on your right and some sharp drop-offs to your left. There are no guard rails along this section. At the 6.3 km mark, the road reaches its closest point to the river, opening up a picturesque view over the valley. Unfortunately, there is not a safe stopping place at this point. A hefty retaining wall with a low parapet is built along the road on the left hand side. The road flattens out for the next 3 kms and follows a fairly straight trajectory in an easterly direction, until you suddenly presented with a right-hand bend.

There is a steep cutting on the right, and magnificent views to your left, as the pass again comes into close proximity with the river. The road curves back towards the north-east, and halfway through this bend is a small lay-bye where you can stop safely, provided that you are prepared for it and that there is no traffic immediately behind you. One more bend to the right, then the pass ends as you cross the bridge over Fig Tree Creek. There is a small village here, so be on the lookout for pedestrians and livestock. 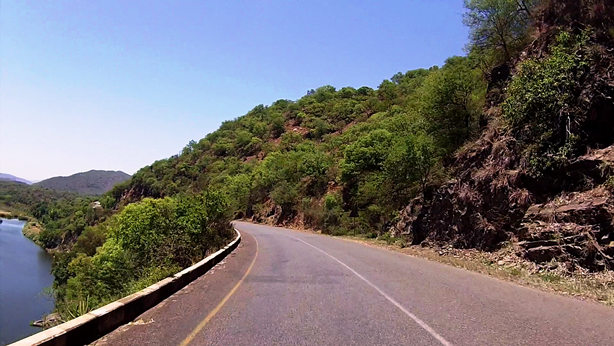 Hemmed in by the Kaaprivier and the mountain, the pass offers attractive scenery / Photo: Mike LeicesterThe pass is named after George Ephraim Ezzey. Known as Eph (pronounced ‘Eep’), George was born in Australia in 1874. As a young man, he went to work in Queensland, where he joined the Australian contingent to go and fight in the Second Boer War. He was a member of the Fifth Queensland Bushmen, Private No. 283, and travelled to South Africa aboard the ship “Templemore”.

After the war, George was discharged from the army in 1902. He elected to stay in South Africa, and worked for the South African government on a special farm in Pietersburg (now Polokwane), helping veterans find employment. After that he joined the Public Works Department, building roads, and it was during this period that a new cutting was built and named after him, in 1927. He became a Roads Inspector soon afterwards, and held this position until his retirement.

George met his future wife, Catherine Boyd (Kit), whilst working in Queensland before the war. When Eph decided to remain in South Africa, he sent for his fiancée to join him. Kit suffered very badly from seasickness on the voyage over, and vowed never to cross the ocean again, which she never did. They married in Pretoria in 1904, and produced four children. George passed away in March 1944 and was laid to rest in Pretoria. Kit died soon afterwards, and was buried in the beautiful little town of Sabie in Mpumalanga, quite close to the pass that bears her husband’s name.

Research and text write up by Mike Leicester.

||Click to download: Ezzeys Pass  (Note - This is a .kmz file which can be opened in Google earth and most GPS software systems)

Published in Mpumalanga
Tagged under
More in this category: « Blyderivierspoort (R532) Slaaihoek Pass »
back to top