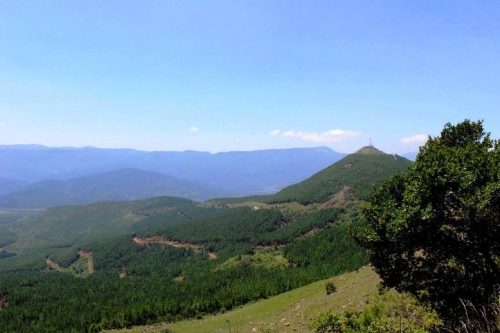 FULL SCREEN MODE: Click PLAY, then pass yor mouse cursor of the bottom right hand corner of your video screen. The outline of a rectangle will appear. Clicking on it will toggle full screen mode. Press the ESC key to return to the original format.

Note: Google earth software reads the actual topography and ignores roads, cuttings, tunnels, bridges and excavations. The vertical profile animation can generate a number of parallax errors, so the profile is only a general guide as what to expect in terms of gradients, distances and elevation. The graph may produce some improbable and impossibly sharp spikes, which should be ignored. 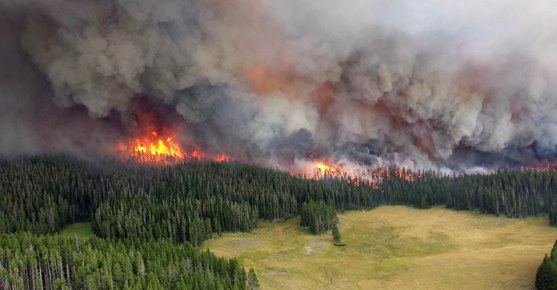 Travel in a south-westerly direction along the R532 for 8.6 km to S25.148659 E30.756493, then turn left at the intersection onto the R37. This is the northern start point. You could also reach this intersection by driving east from Lydenburg on the R532 over the Masjiennek, Long Tom and Koffiehoogte passes.

We have filmed the pass from north to south. Starting off at the intersection with the R532, the road bends sharply to the left through 90 degrees, bounded on either side by steep cuttings. It curves slightly back to the right, then straightens up for 600 metres, with the heading now towards the north-east. A gentle left-hand curve is followed by a big looping turn through 160 degrees to the right, but this corner has a very wide radius and could not really be called a hairpin bend. 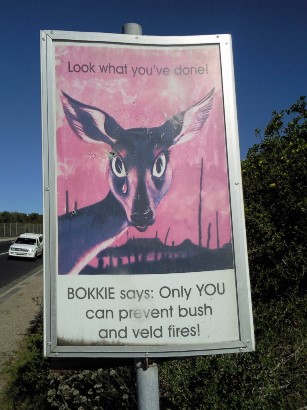 Just as the road straightens up again there is a layby on the left-hand side, with ample space to pull off and park. A stop here is well worthwhile, as it offers up beautiful views over the town of Sabie itself away in the distance, and a magnificent vista towards the east over the Sabie River Valley. From a photography point of view, it would be best to get here in the afternoon, as the sun would then be behind you. A small picnic table has been provided at this spot, and roadside vendors sometimes ply their goods here as well.

The road now climbs slowly as it twists and turns to follow a natural contour line along the mountainside, with steep cliffs on the right-hand side. Pine plantations line the route, and there are some spectacular examples of the Kiepersol (Cabbage Tree) growing on the verges.  The gradient is fairly even through this section, but kicks up quite sharply just before you approach the summit, which is reached at the 4.0 km mark.

The start of the descent opens up a stunning view towards the south, with the hills and valleys covered with pine plantations everywhere you look. The buildings which make up the Hendriksdal Station complex are visible amongst the trees far below you diagonally on the left. A long straight of 650 metres leads into a big S-bend, the road turning first to the right and then back to the left as it crosses over a small stream. The route now declines through a series of five consecutive corners, all with a set radius and with a constant rhythm – perfect motorcycle territory!

At the 8.0 km mark, there is an intersection on the left which will take you to the old Hendriksdal Station. The defunct buildings were converted to a restaurant and guest house a few years ago, which then became a world-famous destination known as the Artist’s Café. Unfortunately, the establishment was the scene of a tragedy in 2009 when the owners, Leon and Hetta Steyn, were shot and killed, allegedly by a gang which included two of their domestic workers. The café was reopened a year later by new owners, but despite diligent research, we have been unable to determine its current status, and it is possible that it has been shut down. We will update this entry if further information comes to light. 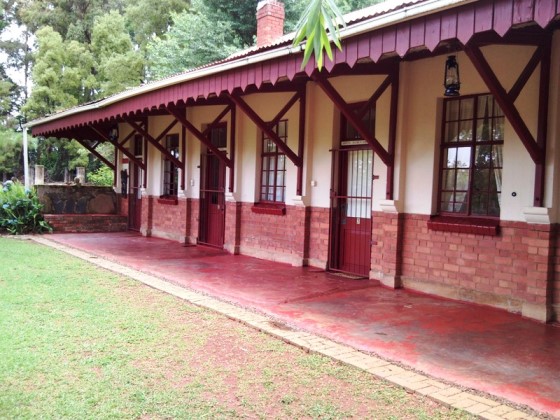 The Artist's Cafe (old Hendriksdal station) / Photo: NightsAwayAfter this intersection, the road flattens out and straightens up for 600 metres, then bends gently to the right. The last section of the pass is a long downhill straight which underpasses the old railway line, and then the pass ends at the 9.5 km mark. Continue straight onwards in a southerly direction to eventually reach the outskirts of Nelspruit, about 40 km from this point.

Sabie is surrounded by one of the largest man-made forests in the world. How this came about can be traced right back to 1871, when, during a hunting expedition led by Henry Thomas Glynn, a stray bullet chipped a rock and revealed a rich gold reef. This started a gold-rush into the area, and soon many of the indigenous forests were decimated to supply firewood and later mine props.

Fortunately, a far-sighted man named Joseph Brook Shires realized the necessity for commercial plantations, and in 1876 the first trees in the area were planted. Today, South Africa has tree plantations covering more than 1.5 million hectares, representing 1.2% of its total land area. On average, 360,000 trees are planted every working day, which is more than 90 million every year. One of the largest afforested regions (0.6 million hectares, about one third of the total) is in the Mpumalanga province. 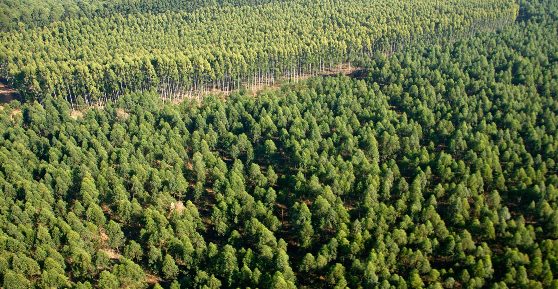 The forestry industry contributes 8.7% of the gross value of the country's agricultural output. The plantation forests of South Africa use just 3% of the country's total water resource. Irrigation, which is the norm in the growing of many agricultural crops, is never utilised in forest plantation management, and therefore the rainfall in these regions needs to be higher than 750 mm per annum to sustain commercial forestry.

The plantations are serviced by a huge network of logging roads, most of which are closed off for public use. In the immediate Sabie area, there are approximately 16,000 km of these roads – to put this in perspective, this would be the equivalent of driving from Johannesburg to Cape Town and back – five times! 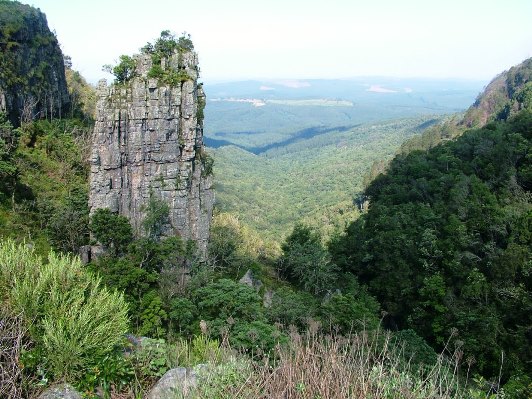 Most commercial plantations in the country consist of either pine trees or eucalyptus trees. Three different species of pine are grown; these are the Jelecote Pine (indigenous to Mexico), and the Slash Pine and Loblolly Pine (both of which are indigenous to the USA). Younger trees are used for pulp, boxes and crates, and older trees are used for building and construction. Most eucalyptus trees are blue-gums (Eucalyptus grandis) that originate from Australia, and these are used for mining, telephone & transmission poles, and fence posts.

Forest owners spend an enormous amount of time and money in protecting timber plantations from fire. Open strips of land, which separate blocks of trees, are constantly cleared of all combustible material in order to create what is termed a fire-belt. Before each winter, the air around Sabie is occasionally hazy and smoke-filled as foresters prepare and burn fire-belts. Fires could be caused either accidentally or through natural occurrences such as lightning, but whatever the reason, they can devastate forests, destroy the wildlife and ecology of entire plantations, and expose the ground to erosion. All good reasons not to be careless, as Bokkie would say (some of you might not be old enough to understand this reference)!

||Click to download: Hendriksdal Pass (Note - This is a .kmz file which can be opened in Google earth and most GPS software)

Published in Mpumalanga
Tagged under
More in this category: « Mac Mac Pass (R532) Houtbosloop Pass (D210) »
back to top