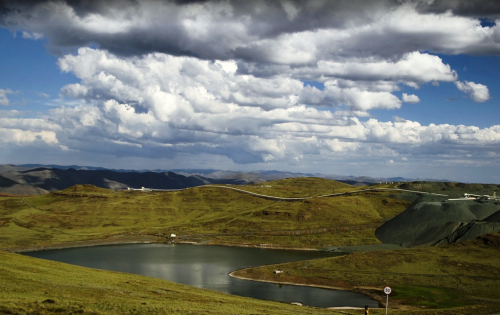 The Tlaeeng Pass has a fairly minor altitude gain of 140m and only one hairpin chicane section. Other than those, the pass is easy enough to traverse, but what makes this pass stand out from the rest is it's maximum altitude of 3262m which makes it the 2nd highest pass in Lesotho. This road is also known as the Oxbow-Mapholaneng Road.

Together with the Moteng, Mahlasela and Khalo La Lithunya Passes, it forms a quartet of altitude gaining passes on the A1 route between Butha Buthe and Mokhotlong. The main point of interest occurs at the southern end of the pass which is the Letseng Diamond Mine.

Scroll down to view the map & video. This is a provisional video consisting entirely of Google Earth animations. The pass will be filmed in real time as soon as time permits, after which this video will be upgraded. It is recommended to watch this video in 1080HD. (Click on the "quality" button on the lower taskbar of the video screen and select 1080HD.) Wait a few seconds for the video to display.....

To approach from the south, head north from Mokhotlong on the A1 for 45 km until you reach the Letseng Diamond Mine. Continue for a further 4.5 km to reach the southern start of the pass. 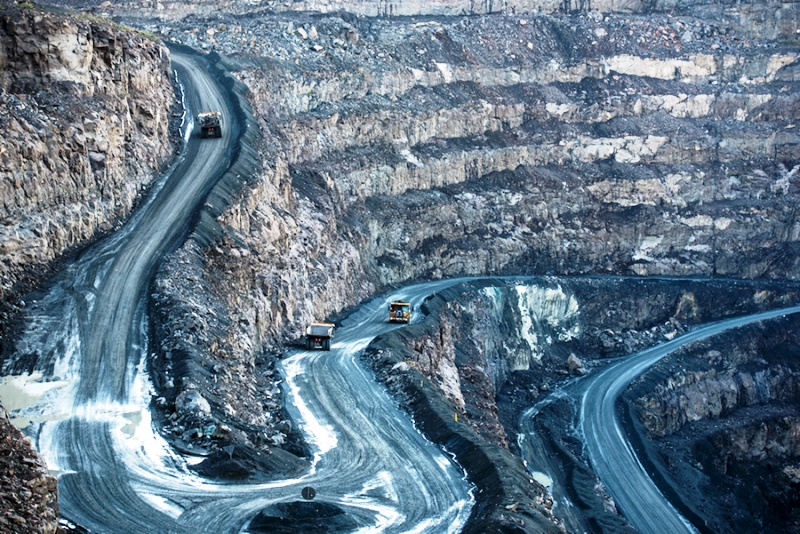 A mountain pass in itself getting down to the Kimberlite pipe at the bottom of the mine / Photo: Mining.com

Pass Description: Starting in the north, the pass starts at the same point that the Khalo La Lithunya Pass (Pass of Guns) ends. The road climbs very gently for the first 3 km with only a few few gentle bends, but at the 3 km point, the main ascent begins abruptly, with the gradients quickly ramping up to 1:7 and reaching maximum steepness just before the summit at 1:6.

The descent is equally steep into the south and includes a chicane section of a double hairpin set which last for 1.3 km, whereafter the road levels off for a while, then descends again gradually until it reaches the 9.6 km mark at the entrance to the Letseng diamond mine.

It is characterised by extremely low grade ore (less than 2 carats (400 mg)/hundred tons) and is known for producing huge diamonds, having the highest percentage of large diamonds (greater than 10 carats (2.0 g)), giving it the highest dollar value per carat of any diamond mine. The world average is roughly US$81 per carat, while Letšeng averaged over US$1,894 per carat for the first six months of 2007.

Unusual for Africa, and due to the elevation, temperatures at the mine drop to -20 °C, and snowfalls are common in winter.

||Click to download: Tlaeeng Pass (Note - This is a .kmz file which can be opened in Google earth and most GPS software systems)

Published in Lesotho
Tagged under
More in this category: « Tsitas Nek Lekhalo La Thabo Putsoa (A3) [Blue Mountain Pass] »
back to top