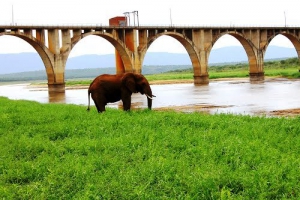 Murray's Neck is a straightforward tarred pass rising 116m to a neck where fabulous views over the Pongola Nature Reserve can be enjoyed. The pass forms an integral part of the access road from the N2 to the SA/Swaziland border control point at Golela, where there is also a railway station. The road provides tourism access from the eastern end of the pass to some of KZN's finest game reserves. The pass has a steeper descent gradient, but in general this is an easy pass with a good safety record and comfortable gradients with gentle corners. It is suitable for all vehicles. 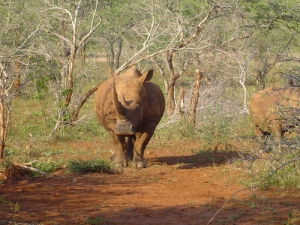 This is a very minor pass in the far northern sector of KZN. The old pass, which runs higher up the hill, was much more of a pass than the modern version which has been cut out of the hill lower down the slope, closer to the Phongola River. The pass name has officially remained but this little pass is really fairly insignificant. The old pass can no longer be driven, unless permission is obtained from the landowner. We have shown the old road as a yellow line on our video animation clip. 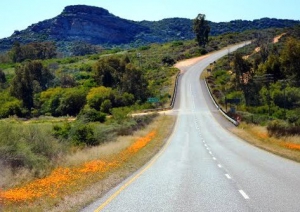 An easy tarred pass on the R364 that traverses the Carstenberg mountain and connects Clanwilliam with the West Coast towns of Graafwater and Lamberts Bay. The pass rises 291m over 10,1km producing an easy average gradient of 1:35 with the steepest part being at 1:11. The road is in good condition (2015) and presents few dangers providing speed limits and barrier lines are complied with. This area does get coastal fog on occasion in which case speed needs to be adapted according to visibility and stopping distance. 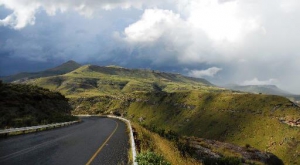 Benjaminshoogte Pass is a high altitude pass with a summit of just under 2000m ASL. It follows a natural kloof into the north-west, which later follows the Karringsmelkspruit (Butter Milk Stream) valley, as it descends from the high mountains in the east from Glen Doone and Lupela Lodge. On the left hand side of the road is the well known (and now defunct) 6 part rail reversing sections, which can be seen from the pass. The pass has a fairly comfortable average gradient of 1:23 and drops 336 metres in altitude over 7,8 km. The steepest sections are near the bottom of the pass at 1:11. 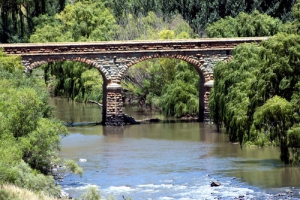 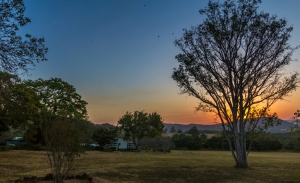 Kiepersol Pass is located in the Sabie River Valley in Mpumalanga, between the towns of Hazyview and Sabie, on a minor road (D514) leading off to Kiepersol. The pass is named after the small hamlet on its eastern side, which is in turn named after the Kiepersol (Cabbage Tree), which grows prolifically throughout the province.

The road is tarred, but in a terrible state; massive potholes, which could seriously damage your vehicle were you to hit them, are scattered everywhere along the pass, and the most serious problem that you will encounter are other motorists weaving about across the road in an effort to avoid these hazards. Although it has a fairly significant altitude gain of 181 metres, the route displays none of the characteristics usually associated with a pass, and it is not easy to recognise it as such when driving it for the first time, but it is an official pass. 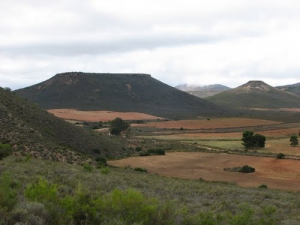 Uniondale Heights is a 4,62 km long tarred pass on the N9 route between Uniondale and Willowmore. It is located just outside Uniondale and descends from the Karoo plateau of around 820 meters ASL down the mountain to the north of the town via a well designed, modern pass with easy gradients, good cambers and gentle curves. The pass terminates right opposite the centre of Uniondale at the crossing of the Kammanassie River. 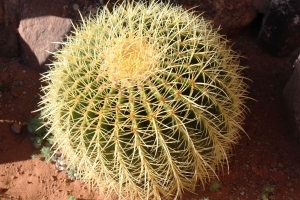 Perrieshoogte is a minor cutting a few kilometers north of Graaff-Reinet on the N9. The typically flat Karoo landscape is peppered with koppies and rocky ridges through which the N9 routes, covering a range of climbs/descents between Graaff-Reinet and Middelburg. Other passes between Graaff-Reinet and Middelburg on the N9 are Goliathskraal se Hoogte, Paardekloof Pass, Naudesberg Pass and the impressive Lootsberg Pass. The pass was originally constructed by Andrew Geddes Bain circa 1858. 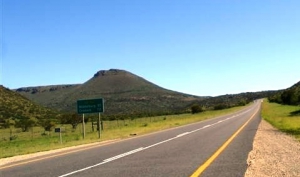 The Paardekloof Pass is located approximately 25 km NNE of Graaff-Reinet in the heart of the Great Karoo. It is an easy, short, safe pass that is easily left unnoticed in the vastness of the Karoo. It rises to a maximum altitude of 1223m ASL and is 3,94 km long. It is also known as Amandelshoogte (Almond Heights). The biggest danger facing motorists is fatigue, due to the great distances and arrow straight roads. 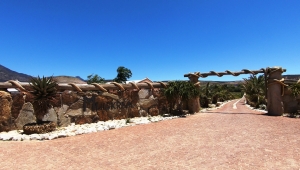 The Muiskraal Pass is named after the farm of the same name near the northern foot of the pass. The pass is basically the northern descent of the Garcia Pass onto the Little Karoo plateau and forms one long, continuous pass which connects Riversdale in the South with Ladismith in the North. It is a modern, well engineered pass with no obvious safety issues. We filmed the Muiskraal Pass ascending from north to south.