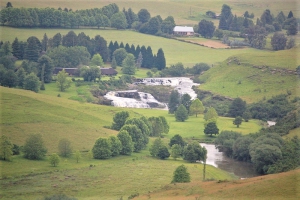 Griffin’s Hill is a straightforward official tarred pass with a simple low/high profile, located on the R103 between Estcourt and Mooi River in KwaZulu-Natal. It only has one significant corner, a long S-bend in the middle of the pass, and is suitable for all traffic. We have not been able the establish the identity of the person after whom the pass is named, but it is likely that this would have been a farmer that owned property in the area, or the name of the prominent person from one of the Anglo-Boer wars.