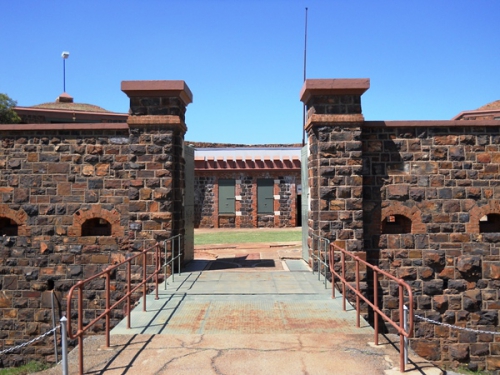 Fort Klapperkop is one of four forts that were built near Pretoria at the end of the 19th century, just before the outbreak of the 2nd Anglo-Boer War. It is named after the hill upon which it is situated, which in turn derived its name from the Afrikaans word for Strychnos pungens, a tree which grows natively on the hills in the area. At just 2.2 km long and with a height gain of only 100 metres, this is a minor pass, but the spectacular views over the city of Pretoria and the beautifully preserved fort at the summit make the small effort to get there more than worthwhile.

The road is named the Jan Rissik Drive.

Getting there: The pass is located just off the R21, between the N1 and the Fountains circle. If you are approaching from the N1, turn south onto the R21 at the Flying Saucer interchange and travel for approximately 6 km, then turn right. If you are approaching from the Pretoria city side, travel to Fountains and go south along the R21 for 1.3 km, then turn left. You can also get to Fort Klapperkop from Waterkloof along Johan Rissik Drive. 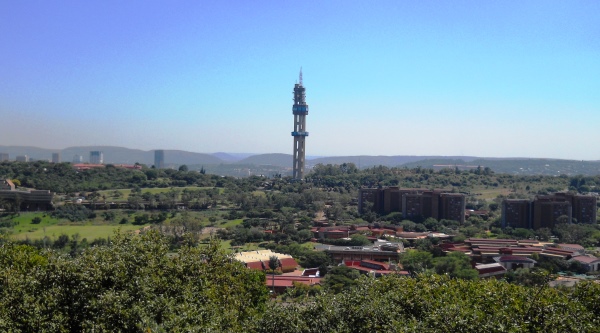 We filmed the pass starting from the entrance gate of Fort Klapperkop and ending at the intersection with the R21, in the descending mode. After clearing the gate, the road begins a long sweeping turn to the left, taking you through an arc of about 150 degrees and culminating at an intersection with Johan Rissik Drive at the 350 metre mark. Check behind you for traffic, then continue straight onwards in a northerly direction. A large layby is provided on the right-hand side at this point, offering quite spectacular views over the southern suburbs and city centre of Pretoria.

A shallow left-hand bend leads you onto a short straight, followed by long left-hand curve of 150 degrees which will eventually bring your heading right back into an almost due south direction. Another layby and viewsite is provided on the apex of this curve. A series of gentle bends then take you down the mountainside to a cattle grid and gate which marks the entrance to the Klapperkop Nature Reserve, followed by a short straight of 200 metres leading to the R21 and the end of the pass. 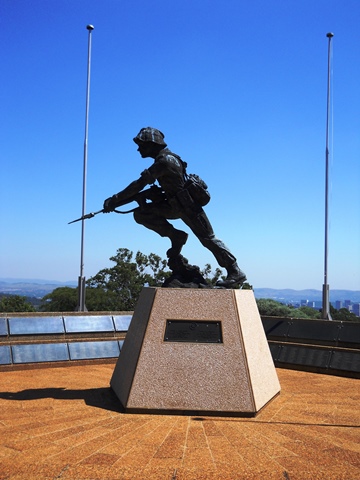 Hazards along the road include both cyclists and runners, some of whom relish using this climb as a training route. Also watch out for some of the many animals in the reserve, which include large herbivores like zebra and wildebeest, as well as smaller rodents like mongooses, hedgehogs, hares and porcupines. The road is interspersed with speed humps, some of which are quite severe, so keep your speed down to about 40 kph.

The fort was constructed at a total cost of GBP £50,000, and was handed over to the Government on 18 January 1898. It was supplied with a paraffin engine powered generator for electricity, a telephone and telegraphic links. Running water was supplied from a pump station in the Fountains Valley which was shared with the nearby Fort Schanskop.

Unlike the other forts in the surrounding area, the design incorporated a moat as well as a drawbridge. The moat was never filled with water.

In January 1899 the fort was manned by 17 troops. In July 1899 the number of troops was increased to 30. By the end of October 1899, only 16 troops were still stationed at Fort Klapperkop. As with the other forts, men and armaments were gradually withdrawn and sent elsewhere during the course of the war.

The fort was declared as a military museum. On 31 May 1979 the South African Defence Force Memorial was unveiled at Fort Klapperkop, which includes a statue of a soldier holding a R1 rifle, in memory of all members of the South African Defence Force who lost their lives serving their country. The individuals who have lost their lives are honoured with an inscription on a number of marble plaques mounted around the statue. 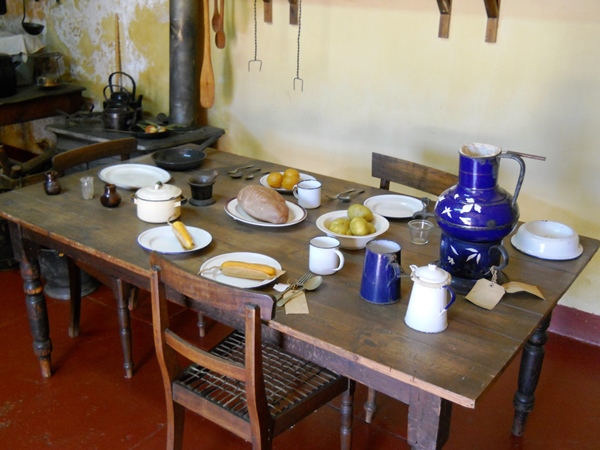 The mess exhibit inside the fort / Photo: Mike Leicester

Although you are not obliged to enter the actual fort grounds to drive the pass, the fort itself is definitely worth a visit. A small entrance fee (R22 per adult, R5 for learners, at the time of our filming) is charged, and the fort is open to the public from 10am to 5pm, Tuesday to Sunday (closed on Mondays and public holidays). The grounds and gardens are immaculately maintained, and a few picnic and braai sites are provided for your enjoyment. Take your own refreshments with you, as the small shop at the office provides only colddrinks and crisps. The exhibits scattered throughout the fort are informative and interesting, offering a glimpse into military life at this time, and the 360 degree panoramic views over Pretoria and its surrounds from the top of the fort make the visit truly memorable.

Stop Press: The City of Tshwane has recently identified Fort Klapperkop as the new location where the parliament of South Africa will be built. During the State of the Nation Address in 2016, the president indicated that parliament may finally move from Cape Town to Pretoria. If this is the case, access to this location will be severely restricted, so make a plan to get there before this happens!

||Click to download: Fort Klapperkop Pass (Note - this is a .kmz file, which can be opened in Google earth and  most GPS models)

Published in Gauteng
Tagged under
More in this category: « Tom Jenkins Drive Paardekraal Pass (R28) »
back to top