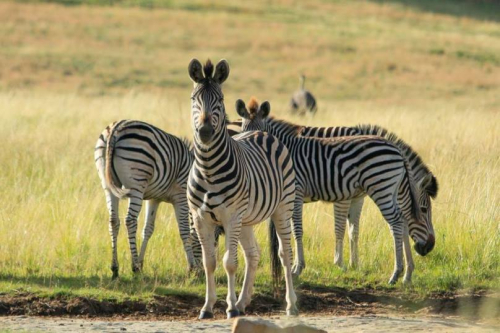 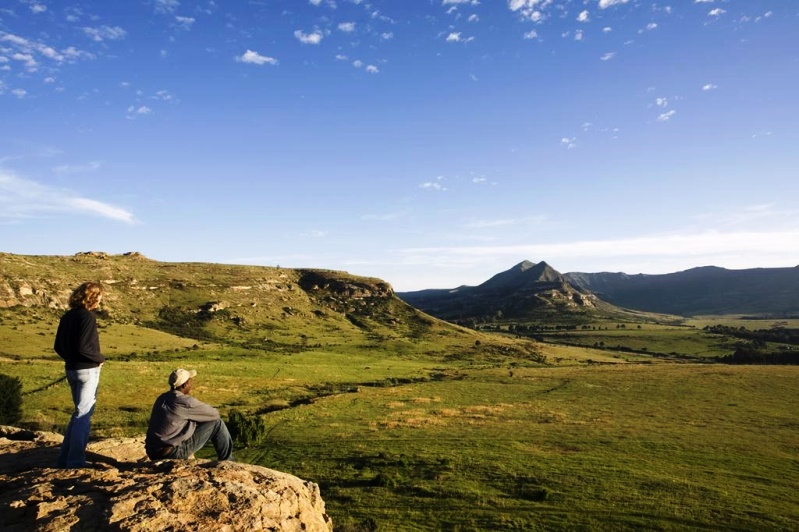 We have filmed the pass from north to south. In the video, some of the mountains appear to have a smattering of snow, but this is an illusion. We drove this pass in January 2019 on a hot summer’s day, and the white sections evident in the video are merely the colour of the exposed sandstone rock. 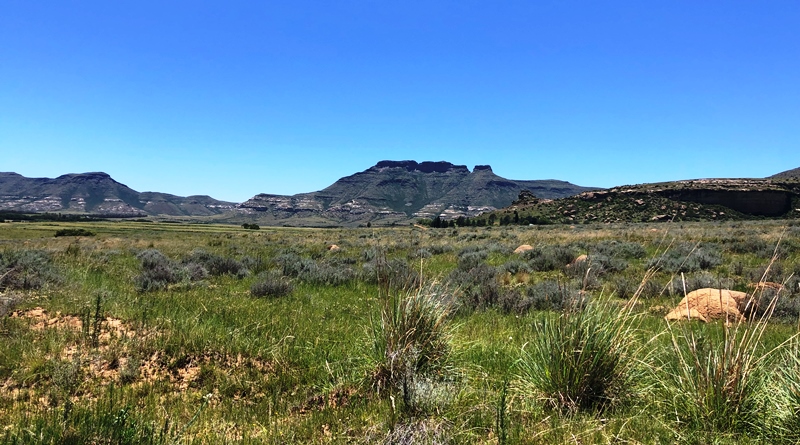 The pass begins at a low point in the road, then undulates gently as it climbs slowly towards the summit which is reached at the 2.2 km mark. Game fencing brackets the road all along this section, and herds of plains animals will be visible on both sides. About 200 metres after cresting the summit, you will reach a Y-junction. The left-hand side will take you into the Moolmanshoek reserve itself, so unless you intend to visit the property, make sure that you select the right-hand option.

The road now begins a long descent, taking you down into the scenic horseshoe-shaped valley formed by the surrounding mountains. The game fencing continues, so keep an eye out for more animals, as well as the beautiful horses for which this farm is so famous. There are a couple of fairly steep sections, but nothing that will trouble the average vehicle. 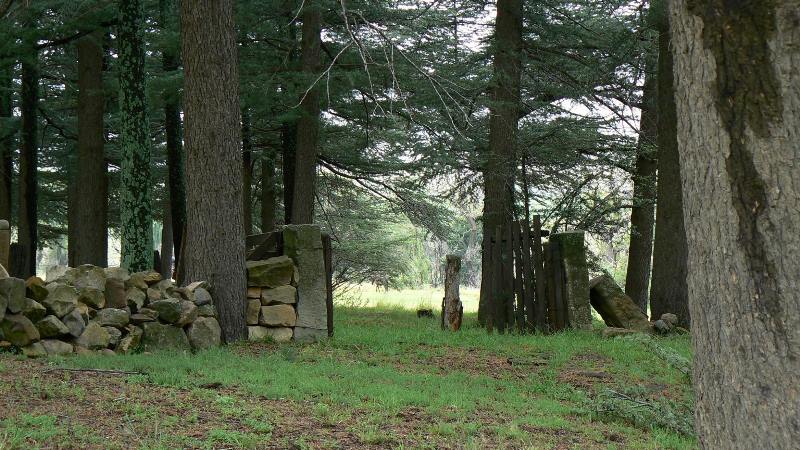 At the 4.7 km mark, the road flattens out a little and begins a wide turn to the right, taking your heading from south to south-west. The road plunges into an avenue of dense trees and bushes, most of these indigenous but with a few large willows thrown in for good measure. After emerging briefly into the sunlight, a second tree-lined section is again encountered as you traverse a long straight of 400 metres.

The last section of the pass is quite flat and open, offering excellent views towards the mountains on the left. Two gentle left-hand bends and a slight decline lead you to the end of the pass, clearly marked by a very large willow tree on the right-hand side that looks a little like a woolly mammoth. After another 400 metres, you will reach an intersection; turn right here to head back towards the tarred R70, or, if you are feeling adventurous, continue straight on along the network of farm roads to the south which will eventually spit you out close to Ficksburg.

For almost its entire length, the Langersnek pass bisects the property of the Moolmanshoek Private Game Reserve which, like so many places in this corner of South Africa, has a long and colourful history. The Moolman family first moved to the area from Graaff-Reinet in 1829, and discovered the valley on a hunting trip. Petrus Lafras Moolman divided the land between his four sons, who sold the farm to Thomas Mitchell when their father passed away in 1904.

Mitchell’s son Ernst, who was 17 at the time, later married Dora Musgrave and the newlyweds built the main sandstone house on the farm from 1928 to 1933 at a cost of £8000, a significant sum of money in those days. Ernst died in 1956, after which the property was leased out to various farmers until it was eventually sold to Hendrik Erasmus in 1968. 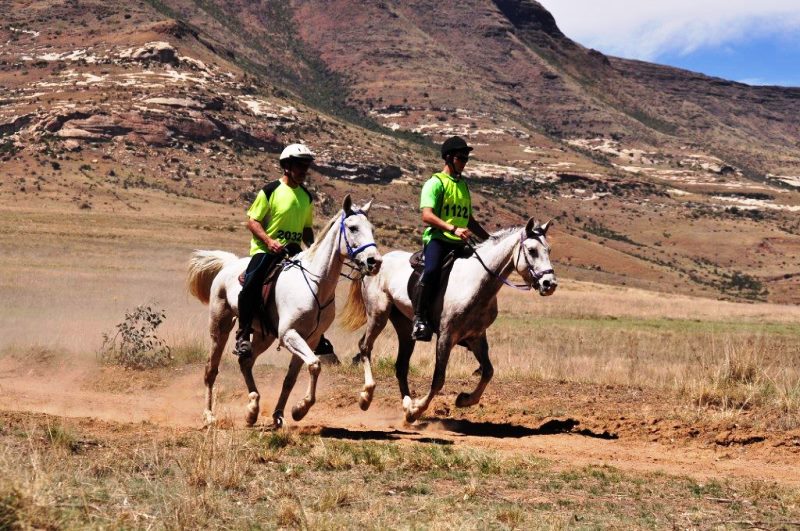 Erasmus’ daughter, Miemie, married Willie Nel from Smithfield in 1972. Willie bought the farm from his father-in-law in 1980, then added two neighbouring farms, Langesnek and Waterkloof, to the property. It is under the expert guidance of this couple and their offspring that Moolmanshoek has been transformed into the showpiece that it is today, and it is still managed as a family business.

The farm originally focussed on cash crops and cattle, but in 1996 a roof-crushing snowfall nearly 1.5 metres deep caused extensive damage to the farm buildings. At this point the owners decided to venture into the tourism market, stocking the land with game once historically indigenous to the area and introducing a host of adventure activities. 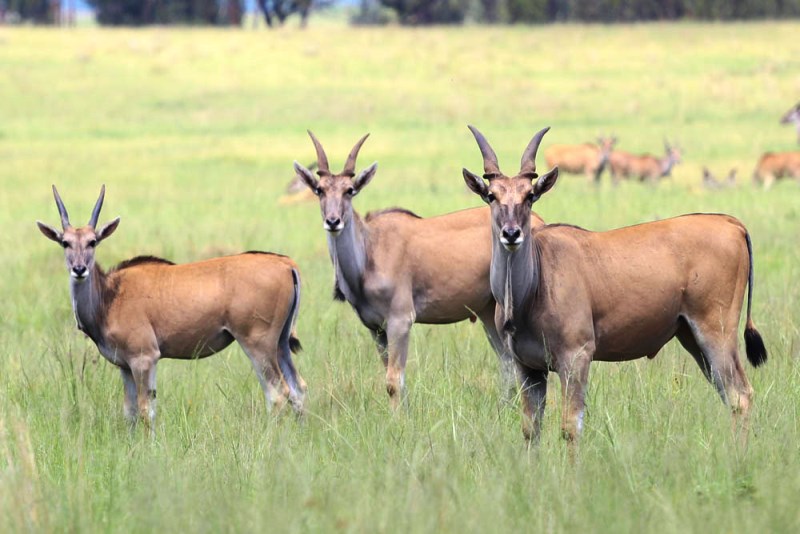 One of the most popular activities on the reserve is horse-riding. There are over 300 horses on the farm, and visitors can enjoy short rides of a few hours amongst the game on the plains and in the mountains, up to long outrides of 7 days. Both Boerperde and Arabians are bred on the property, the latter used mainly for endurance racing. Depending on their competition schedule and the rider’s ability, visitors may even get to ride one of the endurance horses in training. Horse-cart trips into the reserve are also on offer.

Flora in the reserve is typical of the Eastern Free State highlands mountain environment, with a variety of trees, shrubs, herbs, succulents and climbers growing on the mountain slopes and in the ravines. Dominant trees and shrubs are the ouhout, ghwarrie, sagewood, Cape myrtle, dogwood, and a few fynbos varieties. Rarer species include the sugarbush protea, mountain kiepersol, red hairy heath, mountain bamboo and cat’s claw. Because of the presence of these scarce species (notably the mountain bamboo), and the good state of conservation, the reserve was declared a South African Natural Heritage Site (No 199) in 1994. 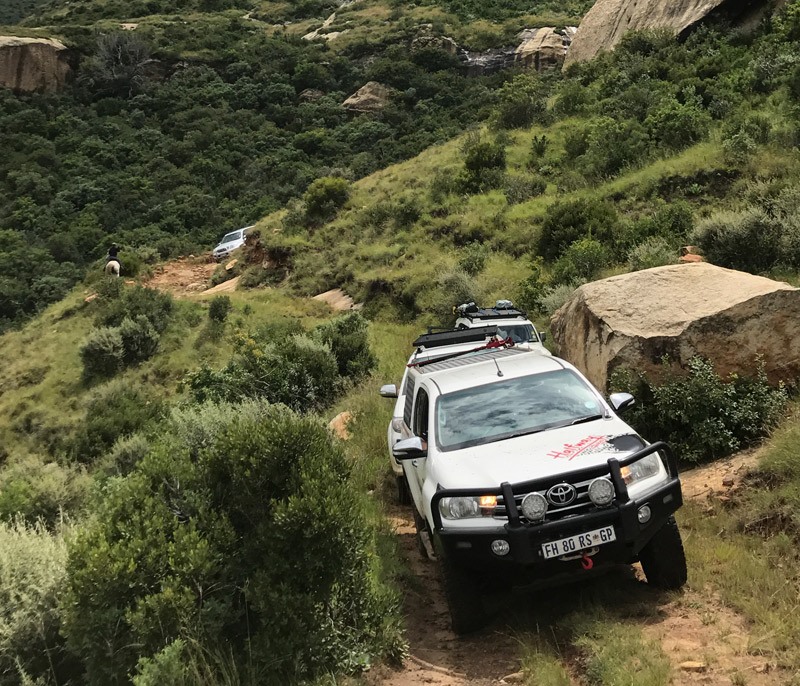 More than 230 species of birds have been sighted on the reserve, and a bird hide has been built within walking distance of the lodge. Wild game includes mainly plains animals such as wildebeest, zebra, springbok, blesbok, duiker, hartebeest, eland and oryx. The lodge provides guided game drives to observe these antelope in their natural environment, and night drives can also be arranged.

There are three 4x4 trails on the farm, all of which can be completed within a few hours. With its boundless mountain views, golden cliffs and wide-open spaces, the trails at Moolmanshoek are presented as scenic drives only, and not as challenging 4x4 courses. To minimise the environmental impact, the owners have chosen to use as much of the sandstone rock as is possible. An unusual feature of these trails is that the guides accompany the vehicles on horseback, allowing them to move quickly back and forth through the convoy when required. 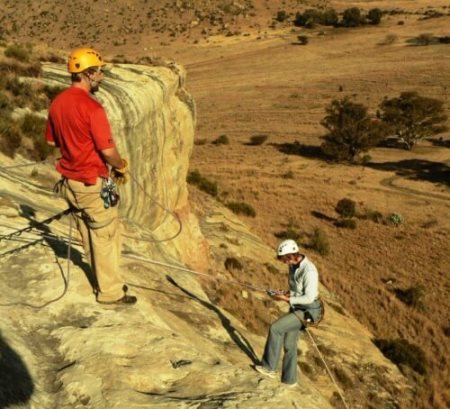 Hiking is also a popular pastime on the property, and there are multiple trails, some of which include overnight facilities. Other adventure activities include scenic walks, fishing, abseiling, mountain biking and trail running.

Accommodation at Moolmanshoek consists of 15 bedrooms, most of which have fireplaces or Queen Ann stoves, whilst the executive suites are equipped with under floor heating. Guests can make use of the billiard room, library and the upstairs sun room, where an amazing view of the reserve and mountains can be enjoyed, and there is also a thatch-roofed restaurant with excellent cuisine and bar facilities where visitors can relax after a fun-filled day.

Located less than a 4-hour drive from Johannesburg, Moolmanshoek Private Game Reserve is a wonderful place for a short holiday or a long weekend break, especially if you enjoy outdoor activities. The rates are very reasonable, and the lodge has an extremely high rating and excellent guest reviews on all of the booking websites.

||Click to download: Langersnek (S358)  (Note - This is a .kmz file which can be opened in Google earth and most GPS software systems)

Published in The Free State
Tagged under
More in this category: « Kranspoort (S508) Metzpoort (S553) »
back to top