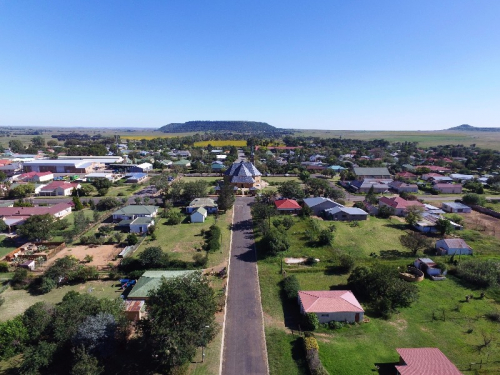 Schuilkrans Pass is a gravelled pass located in the south-eastern Free State, near the little town of Marquard. Considering that this is a minor farm road, it is in a surprisingly good condition, except for corrugations in some sections. It can be driven in any vehicle, although in very wet weather it could get quite slippery.

The eastern Free State is renowned for its scenic beauty and the area around the pass is no exception, so it is worth the effort required to get there. There are 12 bends, curves and corners on the pass, 3 of which exceed a turning radius of 120 degrees. One of these is a very sharp hairpin of 160 degrees.

Approaching the pass from the eastern side is not easy, and involves a lot of careful navigation with multiple intersections through a maze of farm roads. Without a GPS, it would be virtually impossible to do this without getting lost. When filming the pass, we started off from the intersection of the S407 and the R70, at GPS coordinates S28.661188 E27.934732, then followed the GPS instructions carefully until we arrived at the eastern start. It turned out to be a beautiful drive through the eastern Free State highlands, with stunning vistas around every corner, but the roads were difficult and badly maintained. If you are feeling adventurous and you have plenty of time, then by all means try this for yourself. 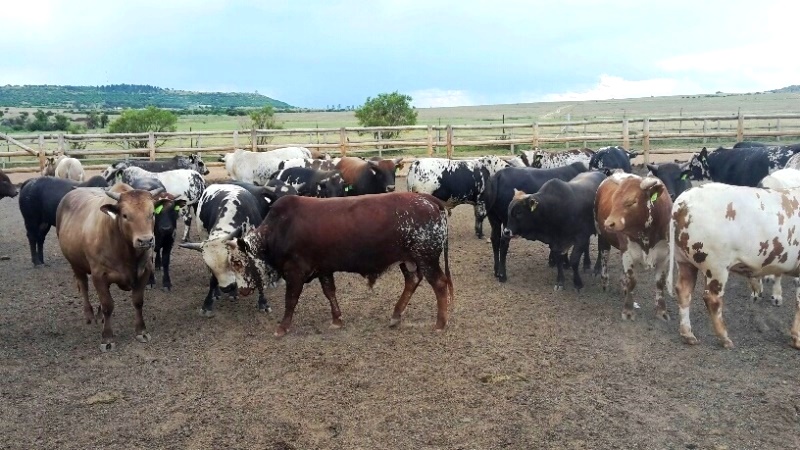 We have filmed the pass from east to west, in the descending mode. The pass starts off from the intersection of the S1100 and the S379, both secondary farm roads. The initial section of this pass appears to be almost flat, but there is in fact a fairly significant decline along all of the route leading up to the first hairpin.

A long straight of 600 metres is followed by a very shallow bend to the left, then by another straight of 400 metres. A slight left-hand curve leads into a S-bend, the road first turning right and then back to the left. After exiting this S-bend, the gradient starts to increase a little, causing the road ahead to disappear below the skyline. Slow down, and be very careful here – as you crest this slight rise, the road suddenly and very unexpectedly turns into a very sharp left-hand hairpin corner of 160 degrees. This occurs at the 2.0 km mark.

Scenery on the eastern side of the pass / Photo: Mike Leicester

The surface of the road is covered with loose stones and is very corrugated, making this corner particularly dangerous. The descent angle increases significantly as the road heads down a short straight and then into another hairpin of about 150 degrees, this time to the right, but this corner has a much wider radius. Corrugations will cause your vehicle to skitter across the road even if you are using 4-wheel drive, as can be clearly seen in the video, so slow down and take it easy through this section.

A short straight of 100 metres is followed by the third and final hairpin of the pass, a left-hander, but again it has a wide radius and should not cause any problems. Still descending steeply, a straight of 150 metres leads into a right-hand bend, and then into another longish straight of 300 metres before the final right-hand bend crosses over a small stream, signalling the end of the pass at the 3.2 km mark. Continue straight ahead for another 15 km to reach Marquard. 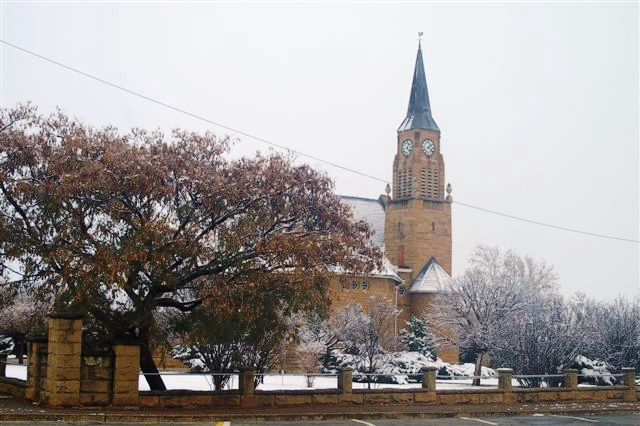 The town of Marquard was established on the farm Varschfontein, which means ‘Fresh Fountain’, in 1905, when the first of 125 plots were sold at record prices for that time.

Ds J. J. T. Marquard, after whom the town is named, was married to a daughter of John Murray, a son of the legendary missionary, Andrew Murray, and Marquard campaigned fiercely for the establishment of the new settlement.

It is a beautiful little town, set in the South-Eastern Free State and home to a lively and energetic community, which is known for its friendliness. Visitors are always welcome there and the residents take great pride in their well-kept village. 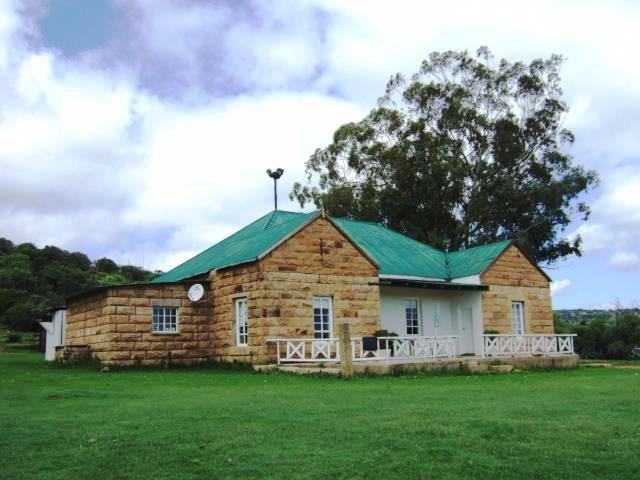 In days gone by, Marquard was fenced in and there was a night-watchman who would guard the four gates at night. There was only one tap to serve the whole town, and legend has it that a local clergyman’s horse learned how to open this tap at night to drink from it, but, of course, couldn’t close it, causing the town’s reservoir to run dry.

The town has a colourful history, with tales being told of a stock auction at which a lion was put up for sale, with a fox terrier being added to the lot to increase its value. Oom Schalk Greyling bought the pair for 10 pounds, then got into the habit of spreading a story that the lion had escaped, much to the consternation of the villagers!

Marquard is one of few towns which still has a working mill, a beautiful old building well worth seeing. The imposing NG Church was built from sandstone quarried in the district, as was the gabled town hall. The Marquard Hotel, now a boutique hotel, also dates back to the early 1900s. 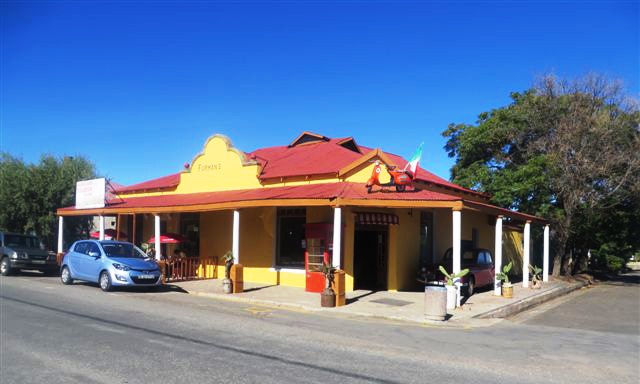 The biggest annual event in Marquard is the Korannaberg Mountain Bike Race, regarded as one of South Africa’s premier off-road biking events. It is a superb test of the effectiveness of the riders’ training schedule. The track features twists and turns down sandstone rock faces — the very essence of mountain biking.

The largest business in Marquard is Sparta Beef, a family- owned and operated cattle feed-lot and farming concern which has been in the Van Reenen family for over 100 years. The feedlot started off as a small cattle-feeding facility in the late 1960s, with ± 30 head of cattle on feed all year round. To date, it has grown to accommodate about 50 000 mixed breeds of cattle, depending on the time of year. Sparta is the largest employer in the Marquard district and one of the largest in the Free State.

In 2009, Marquard won an award for been the cleanest town in South Africa.

||Click to download: Schuilkrans Pass (R379)  (Note - This is a .kmz file which can be opened in Google earth and most GPS software systems)

Published in The Free State
Tagged under
More in this category: « Witnek (S162) Kranspoort (S508) »
back to top