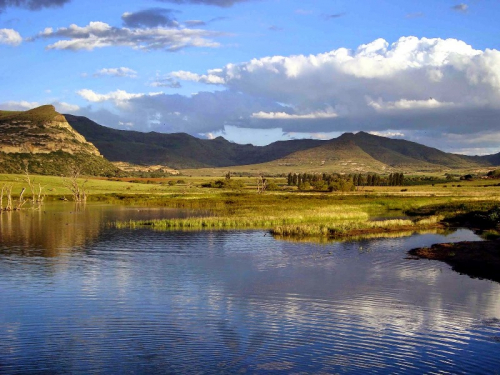 Witnek is a very minor gravel pass located approximately halfway between the towns of Paul Roux and Rosendal in the Eastern Free State highlands. The name is derived from the exposed slabs of white and light-brown sandstone which are prominently visible all around the summit area of the pass. The road is in a reasonable condition, although the surface is quite badly rutted and covered with small sharp stones. It can be driven in any vehicle, but a high clearance vehicle fitted with all terrain tyres is recommended. In wet weather, a 4x4 would probably be required. 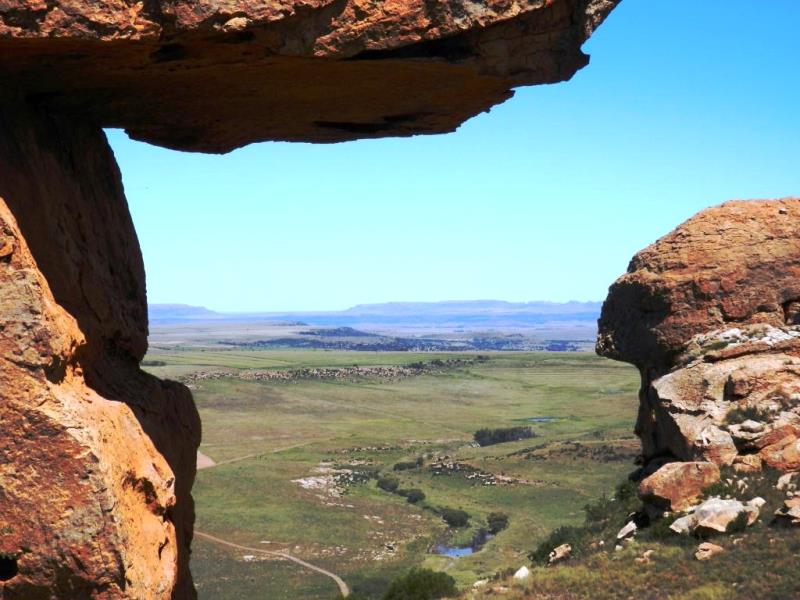 We have filmed the pass from north to south, in the ascending mode. The pass starts off in a low dip, then climbs steadily through a long avenue of alien trees which unfortunately only allow glimpses of the stunning scenery in this area through some small gaps. At the 1.2 km mark, the gradient increases and the road curves to the left through a shallow bend of about 20 degrees, then straightens up once more for 450 metres before reaching the summit and the end of the pass at the 1.8 km mark. 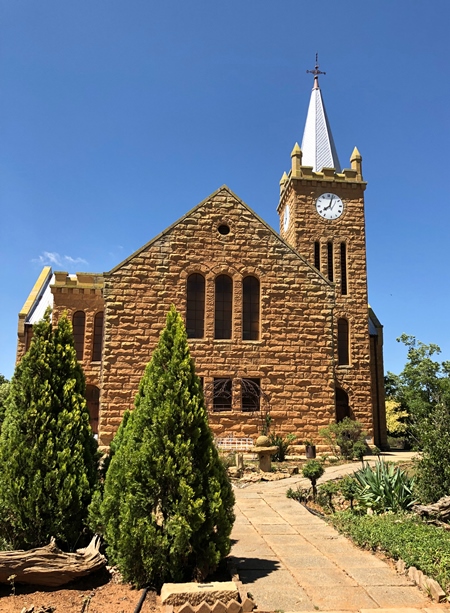 As the republic of the Orange Free State expanded, various Boer-Basotho wars were fought and the Basotho pushed eastwards across the Caledon river, before a British protectorate, Basotholand (now the Kingdom of Lesotho), was declared. The area surrounding a farm called Rosendal became known for its excellent agricultural potential, and although some houses were built near Kalkoenkrans, the town was only laid out in 1911 and declared a municipality in 1914. This followed a request from local farmers for a church and a market place which was within a reasonable distance of their farms. The widow of Phillip Botha, who had donated the farm on which the town was founded, was asked to choose a name for it.  She and her young son, Hansie, came up with two suggestions; Leliefontein (“Lily Fountain”) and Rosendal. The latter (“Valley of Roses”) was eventually agreed upon.

A church, bank, post office, school and hotel were built, and a plan laid out for what was intended to be a sizeable settlement. Lacking a railway stop and isolated by the Witteberg mountains to the east, Rosendal never fulfilled its early promise of becoming a city or large town. Today, this accounts for its unique low density character, and visitors will notice a grid pattern of streets with a small number of homes spread out with great distances between them, creating the sensation of being in open countryside even when in the middle of town.

||Click to download: Witnek (S162)  (Note - This is a .kmz file which can be opened in Google earth and most GPS software systems)

Published in The Free State
Tagged under
More in this category: « Generaalsnek (R26) Schuilkrans Pass (S379) »
back to top