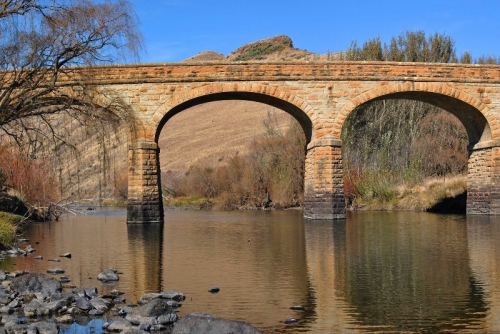 This little-known pass is located in a wild and remote area of the Eastern Cape near Barkly East. It forms the northern access route into Heuningneskloof (“Honey Nest Ravine”), a long valley formed by a tributary of the Kraai River. The use of a 4x4 vehicle is strongly recommended, although a high-clearance vehicle could probably traverse the pass, albeit with some difficulty. It lies far off the beaten track, and some accurate navigational skills and common sense will be required to find it. For those that do make the effort, you will be rewarded with exceptional views, the peace and quiet of an unspoilt environment, and some challenging driving. 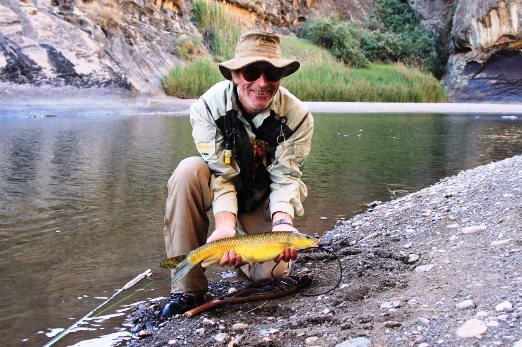 The pass can be traversed in a big loop, starting and ending on the R396. It makes a wonderful drive for those with the time and inclination to venture far beyond the norm. Irrespective of from which side you approach the pass, use the directions given above in reverse to extricate yourself from the maze of farm roads and intersections to get back to the R396, or follow the instructions given by your GPS religiously.

We have filmed the pass from west to east, in the ascending mode. From the start, the road heads directly east, with a very gradual incline at first. At the 250 metre mark, there is a 90 degree turn to the left, and a steep climb through a small cutting. Now hugging the mountainside on the southern side, the road follows a few shallow bends as it continues onwards and upwards. The dropoff on the left-hand side is unprotected, except for a few rocks packed along the verge in strategic places. 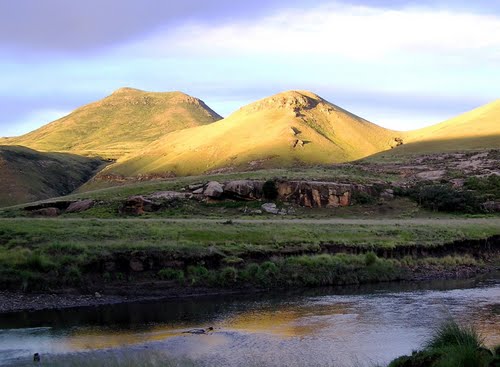 The gradient flattens out for a straight section of 450 metres as the pass follows the course of a small stream on the left-hand side. The road surface improves considerably along this stretch, mainly because there is no damage caused by water runoff. At the 900 metre mark, the road again turns through 90 degrees, this time to the right. At the conclusion of this turn, there is a particularly nasty hump in the road. If you are not driving a vehicle with good ground clearance, traverse this obstacle at an angle to prevent damage to your undercarriage, or avoid it completely by driving around on the left-hand side.

Still heading generally into the east, a short straight of 300 metres is followed by a very sharp hairpin bend to the right of 170 degrees, switching the direction into the south-west. The gradient kicks up considerably at this point, and the road surface deteriorates quite significantly. Rockfalls from the steep hillside on the left, and washaways which have etched into the roadway, mean that you will need to pay attention along this section. There is again no protection from the drop-off on the right-hand side. 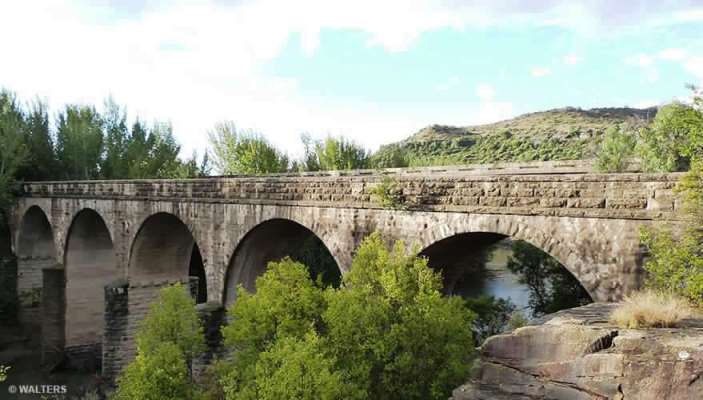 After a straight of 400 metres, another full hairpin bend of 180 degrees is encountered, this time to the left. Stop on this corner, get out of your vehicle, and have a look at the magnificent view over the Heuningneskloof on the right-hand side. After clearing the corner, the road continues to climb out of the valley, heading directly east once more. The track remains bumpy and rocky, so slow and steady is the right approach through this section. A few shallow bends and short straights, interspersed with humps inserted in the roadway to prevent water damage, take you ever upward towards the top of the ridge.

There are very sharp stones in the road all along this pass, so make sure that your tyres are in a good condition before attempting this traverse. As has been stated so often on this website, deflate your tyres to about 1.4 bar – this will improve your ride comfort, increase traction, and decrease your chances of getting a puncture. Make sure that you remember to inflate your tyres once again when you get back to the tar, to prevent overheating.

The gradient decreases once you get out of the valley, but the road continues to climb for the remainder of the pass. The surface improves considerably through this final section, with the road bounded on both sides by farm fencing. Beautiful views over the pastures spread out over the plateau are presented, and the high mountains to the south where the Otto Du Plessis Pass is located are evident on the right-hand side. The pass ends at a minor intersection when you reach the 3.8 km mark.

The Kraai River (“Crow River”) originates in the mountains south of Lesotho and flows westward from the confluence of the Bell River and the Sterkspruit River for approximately 70 kilometres to where it joins the Orange River just to the east of Aliwal North. The river is justifiably famous for the excellent fishing along much of its length, with catches including Rainbow Trout, Brown Trout and Smallmouth Yellowfish. Many other adventure activities can be enjoyed on the river as well, including white-water rafting.

There are five bridges which span the river, the most famous of these being the JW Sauer Bridge and the Loch Bridge, both of which have been declared as National Heritage sites. The building of these bridges was supervised by Joseph Newey (1846 – 1907), an English engineer whose prolific construction projects included roads, many other famous bridges, township layouts, and other architectural works. Newey was appointed District Inspector of Public Works in 1881, then promoted to Chief Inspector of Public Works in 1893, a position he held until his retirement in 1905. As such, he was responsible for all Government engineering and architectural projects (with the exception of the railways) throughout the Cape Colony.

Construction of the JW Sauer Bridge, originally called the Kraai Bridge, commenced in 1878. Newey took over the position as Resident Engineer in September 1879. He was on site for eleven months, then took six months leave to return to England to sort out his mother’s business. He returned in May 1881 to complete the project, and the bridge was officially opened on 28 September 1881. The bridge was named after a local member of the Cape House of Assembly, Mr JW Sauer, the Secretary for Native Affairs and later Colonial Secretary.

Instructions were issued for the commencement of construction of the Loch Bridge during 1889, but a suitable site still needed to be found. Joseph Newey was ordered to complete designs for both ironwork and stone masonry type bridges, but it was decided to build the bridge using stonework, primarily because Newey had found a good quarry within half a mile of the chosen site. Construction started in September 1891, and was completed in March 1893. The official opening took place on 6 December 1893, amid great festivities attended by almost a thousand people, which also included a brass band. The bridge was named after Sir Henry Brougham Loch, Governor of the Cape Colony at the time.

||Click to download: Heuningneskloof Pass (Note - This is a .kmz file which can be opened in Google Earth and in most GPS software systems)

Published in The Eastern Cape
Tagged under
More in this category: « Benjaminshoogte Pass (R58) Bottelnek Pass (P2895) »
back to top