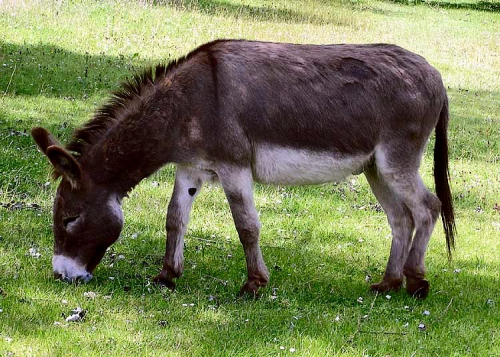 The pass has a close connection with the humble donkey - Photo: Wikipedia

This fairly long pass of 9,4 km winds its way over the mountains in the vicinity of the Nonesi village about 17 km north-east of Queenstown in the Eastern Cape. The pass is tarred and is located on the R392 trunk route between Queenstown and Dordrecht

When the pass was rebuilt and realigned, many of the steep gradients and sharp bends were removed, making today's version of the pass is a much safer traverse. During winter, the pass is subject to snowfalls, in which case it's best avoided altogether unless you are in a 4WD vehicle.

As the case with all the roads (tar and gravel) in the old Transkei region, livestock on the road is an ever present threat and these roads are best avoided at night. The Bongolo Dam at the southern end of the pass has an interesting history dating back to the early 1900s and was apparently built making use of donkeys as labour. The word mbongolo means donkey in isiXhosa, hence the name of the dam and the pass.

Getting there: To approach from the north as we have produced it, head south out of Dordrecht on the R392. Drive south for 50 km to arrive at the northern start of the pass.

To approach from the south, head west out of Queenstown along Hillside Drive (R392) and remain on this road, igmoring all side roads for 14 km to arrive at the southern start of the pass.

Pass Description: The pass starts at its northern end adjacent to the village of Nonesi and begins ascending at an easy gradient of 1:20. At the 0,8 km point, there's a 25 degree bend to the left and the gradient levels right off from this point for the next 700m. 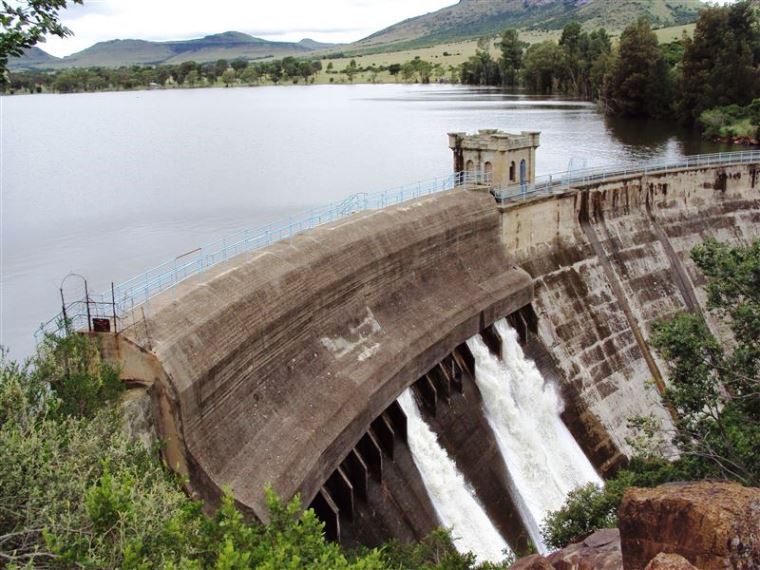 From the 1,5 km mark, the road begins climbing more earnestly via a double set of wide S-curves. Our simulated fly-over shows the scars of the old road to the east of the new road and from this perspective it's easy to see the superior alignment of the modern road builders compared to those of the 1950's.

The mountains hem the road in increasingly as progress is made towards the summit, which is reached at the 3,4 km point at an altitude of 1395m. The views to the south are wonderful of long ridges and green clad slopes. Immediately after cresting the summit the road enters a classic curve with much tigher arcs - first to the left, then to the right. The first bend is 120 degress, but the second one is tighter, curving through a full 150 degrees.

Once through the S-bend set, the road straightens out for a long and easy descent of around 1:20 gradient through two easy bends. The pass ends at the 9,4 km point at an altitude of 1176m.

The Bongolo Dam, is located on the Komani River, on the southern side of the pass. The dam has a capacity of 7,015,000 cubic metres. It's one of Queenstown's main sources of water, its main purpose is for industrial and municipal usage. The wall was begun in 1905 and was for years the largest concrete dam wall in South Africa. Incidentally the origin of the name Bongola has caused some controversy, but it is believed by some to have been derived from the Xhosa language word mbongolo meaning donkey, as these animals were extensively used in the construction of the dam.

||Click to download: Bongolonek (Note - This is a .kmz file which can be opened in Google earth and most GPS software systems)

Published in The Eastern Cape
Tagged under
More in this category: « Xuka Drift Witpoort (R337) »
back to top